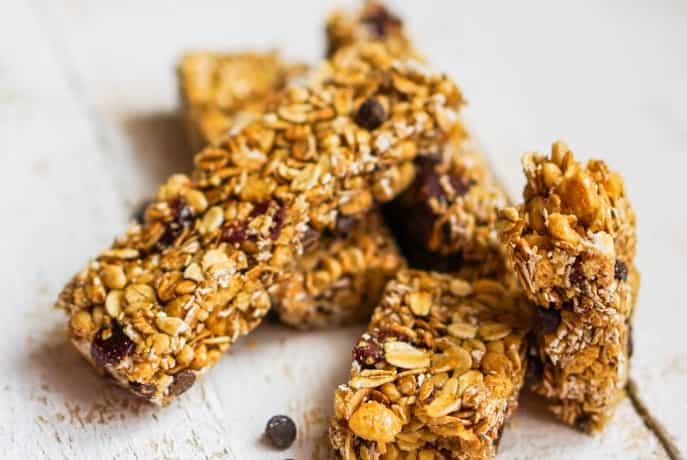 Researchers tested a new amino acid supplement energy bar enriched with L-leucine to investigate if this could improve protein and energy intake in older women.

When an individual reaches their mid-30s, they gradually lose muscle mass – this is called “age-related sarcopenia”. Physically inactive people can lose between 3-5% of their muscle mass per decade. This process speeds up around the age of 75 years, although it may accelerate earlier or later. Even in physically active people, some muscle mass is lost as they age. There may be several reasons for this including hormonal changes, not getting enough protein or calories in the diet, or a decreased ability for the body to convert protein into muscle in older people. Loss of muscle mass leads to weakness, lack of stamina, and increasing frailty and this, in turn, increases the risk of falls and fractures in older people.

The main treatment for age-related sarcopenia is exercise – especially strength training using weights or resistance bands. Adequate protein and energy intakes are also important and it has been suggested that dietary protein intake should be increased in older people. However, changes in appetite levels and poor digestion can make this challenging. Attempts to give nutritional supplements of essential amino acids, the building blocks of proteins, have had mixed results.

Researchers in Leeds have developed a new amino acid supplement energy bar (in bar and gel form) enriched with the essential amino acid L-leucine, thought to be particularly important in forming muscle proteins. They recently tested its use in a randomized controlled trial and reported their findings in Nutrition Journal.

In the first study, the subjects took part in three trials separated by at least a week. The subjects were divided into three groups and received either the energy bar, energy gel, or nothing (control) one hour before a freely selected breakfast in the first trial. (The three patient groups rotated between receiving the energy bar, energy gel or nothing (control) at trial two and three). Blood samples were taken five minutes before supplements were given, and then at five, 30 and 60 minutes, to measure gut hormones and amino acid levels. Questionnaires before and after breakfast asked about appetite perceptions and also about the palatability of the energy bar and gel.

In the second study, the subjects also took part in three trials, separated by at least a week. They were given either the energy bar, energy gel, or nothing immediately before a freely selected breakfast. Appetite and palatability questionnaires were given before and after breakfast.

In the first study, energy intake at breakfast was no different between the three groups. However, energy intake was significantly higher in the energy bar and gel groups compared to control after accounting for the energy content of the supplements. Blood sampling showed that there were large increases in blood levels of amino acids between 30 and 60 minutes after taking either the energy bar or gel compared to control group levels. As expected, appetite levels were significantly higher in the control group in the one hour after supplement ingestion. But this did not lead to a difference in food consumed during breakfast between the groups.

The researchers concluded that the energy bar or gel increased total energy intake, either when consumed one hour before or alongside breakfast. Food protein or protein supplements can increase satiety (the feeling of being full) and decrease overall energy intake, so the researchers aimed to develop a supplement with minimal satiety effects whilst optimizing the concentration of essential amino acids.

Further research is needed to examine how daily intakes of food are affected if the supplements are taken alongside other main meals. However, this promising new amino acid supplement energy bar or gel may be an effective way to improve protein and overall energy intake in older women.