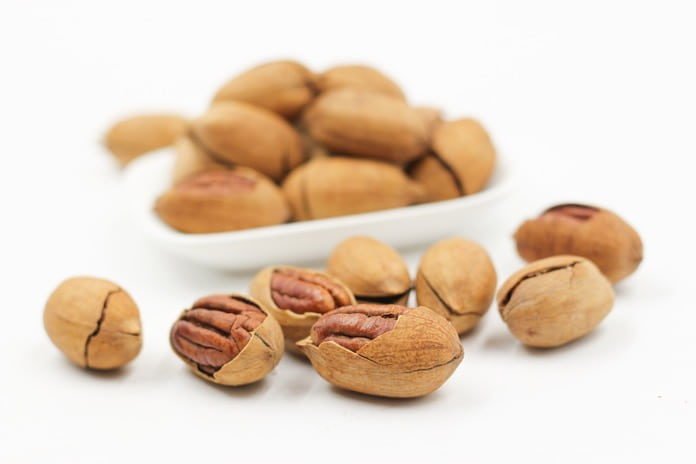 A recent study examined the effects of walnuts on weight loss in a reduced calorie diet in a group of 100 overweight and obese individuals.

Reducing the number of consumed calories is at the core of an effective weight loss plan. It is well-documented that consuming less energy than your body requires will result in weight loss. However, the sustainability of a calorie deficit is what will determine success in some and failure in others. Various dietary methods include manipulation of protein, carbohydrate, and fat intakes in addition to monitoring fibre intake. Whatever will increase the feeling of fullness without necessarily providing a large number of calories would be ideal. A recent study published in Nutrition Journal proposed that using walnuts for weight loss could support increased satiety in a calorie deficient diet thus potentially improving weight loss outcomes for overweight individuals.

Can We Use Walnuts for Weight Loss?

Researchers in the United States set out to conduct a six-month intervention to determine whether a reduced calorie diet including walnuts would improve the outcome of 100 overweight and obese men and women. The two groups involved in the study were assessed by a dietician who created a meal plan that included foods they enjoyed to eat. The control group did not receive walnuts, while the experimental group received 15% of their calories from walnuts. The participants were supported by the team of researchers and medical professionals to help them stick to the diet. Activity trackers, scales, and measuring cups were provided in addition to emotional and psychological support.

The participants underwent several measures at the start of the intervention, after three months and then again after six months. The measures included height, weight, blood pressure, fasting blood sample to check cholesterol, triglycerides and fatty acids, and each participant completed a three-minute step test to check cardiopulmonary health.

In addition, participants completed a questionnaire about their activity levels. Furthermore, throughout the study, before and after lunch and dinner, the participants were asked to rate how hungry they felt, how full they felt, and how much more they thought they could eat, in order to measure perceived hunger.

Walnuts Did Not Increase Total Calories

In the end, both study groups successfully lost weight with no significant differences between the two. Both groups experienced a drop in blood pressure and overall cholesterol and performed better on the step test. Interestingly, participants under the age of 50 years saw much more aggressive drops in cholesterol than those over 50 years. Men also experienced a larger increase in HDL cholesterol, known as good cholesterol

The group consuming the walnuts displayed fatty acid markers typical of someone with a diet enriched with nuts. Fullness and hunger did not differ drastically between the two groups. The study found a greater decrease in LDL  cholesterol, known as bad cholesterol, and improved systolic blood pressure in the walnut group. Also, the participants who consumed walnuts showed higher levels of omega-3 and omega-6 fatty acids which have been previously associated with better cardiovascular health.

The current study is strong in that both groups were randomized and included both men and women from diverse racial and cultural backgrounds. Also, the results suggest that adherence was very high since both groups lost weight and showed improved blood and health biomarkers.

Overall, both groups saw comparable results which support the idea that walnuts can and should be included in a weight loss regimen. It may not be possible, however, to conclude that walnuts will result in superior weight loss success. Previous studies examining walnuts for weight loss report mixed results. Thus, from a health perspective there is no reason to avoid walnuts during a weight loss intervention; however, whether consuming them will significantly improve your adherence is likely individual and not generalizable to every overweight or obese individual.