Home Medicine Drugs Which gastroprotectant is most effective for peptic ulcer disease? 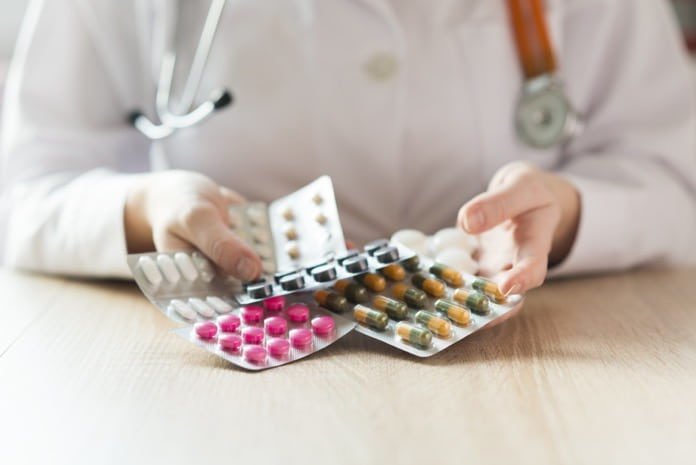 The two most common causes of peptic ulcer disease include Helicobacter pylori infection and the use of non-steroidal anti-inflammatory medications (NSAIDs), such as ibuprofen. The three major gastroprotectant drugs that prevent and treat peptic ulcer disease and its complications are proton pump inhibitors, prostaglandin analogues, and histamine-2 receptor antagonists. Evidence, however, is lacking regarding which gastroprotectant drug works best in different clinical situations.

Researchers from the Nuffield Department of Population Health in the United Kingdom conducted a meta-analysis to examine the effects of the different classes of gastroprotectants in various clinical situations. Their results were recently published in The Lancet Gastroenterology and Hepatology.

Across all studies, the use of any gastroprotectant drug versus a placebo reduced the risk of developing an endoscopically diagnosed ulcer, a symptomatic ulcer, or ulcer complications.

In prevention trials, where patients did not have any evidence of peptic ulcer disease at the start of the study, proton pump inhibitors were most effective for preventing duodenal ulcers. Prostaglandin analogues were most effective for preventing gastric ulcers. For symptomatic ulcers in healing trials, proton pump inhibitors were also more effective; however, not enough data was present to compare the effectiveness of the treatment of gastric and duodenal ulcers.

Overall, proton pump inhibitors are more effective than other gastroprotectant drugs for the treatment and prevention of peptic ulcer disease and its associated complications. Prostaglandin analogues perform better for preventing gastric ulcers. Further analyses are required to compare the safety profiles of each gastroprotectant drug and each drug’s effect on peptic ulcer disease complications other than bleeding.

Reference: Scally B, Emberson JR, Spata E, et al. Effects of gastroprotectant drugs for the prevention and treatment of peptic ulcer disease and its complications: a meta-analysis of randomised trials. Lancet Gastroenterol Hepatol. 2018.