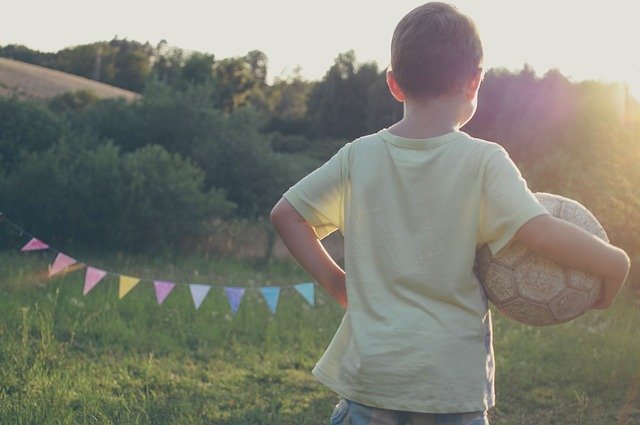 A new World Health Organization (WHO) study analyzed data from 146 countries to assess trends in global levels of physical activity in adolescence.

Exercise and physical activity in adolescence have many important health benefits, promoting muscle, bone, heart and lung health, physical coordination, brain development, and helping to maintain a healthy weight. Physical activity is also important for mental health. These health benefits are thought to continue into adulthood. The World Health Organization (WHO) currently recommends that five to 17-year old children and adolescents should have an hour of moderate-to-vigorous activity daily. This can include playing outdoor games, sports, walking, cycling, or doing household chores.

The majority of adolescents are insufficiently physically active

Recognizing the potential health impact of physical inactivity, the WHO launched a global action plan, “More Active People for a Healthier World” in 2018. This included a target of 15% reduction in global prevalence of insufficient physical activity in adults and adolescents by 2030. A new study by WHO researchers looked at levels and trends in insufficient physical activity levels in adolescence. They recently published their findings in The Lancet Child & Adolescent Health.

Trends show slight improvement in physical activity for boys, but not girls

The researchers analyzed a large collection of data on physical activity levels from 298 school-based surveys, in 146 countries, between 2001 and 2016. This included 1.6 million students aged 11 to 17 years. The surveys included questions about all types of physical activity including play, sports, domestic chores, walking, cycling, and physical education.

Globally in 2016, 81% of 11 to 17-year-old school students did not reach WHO recommendations of an hour of moderate-to-vigorous physical activity daily. Girls were less active than boys, with 85% of girls and 78% of boys being insufficiently physically active. Whilst the overall global trend in physical activity rates had improved slightly for boys between 2001 and 2016, they were almost unchanged for girls (remaining around 85%). In 2016, there were 27 countries in which 90% or more of girls did not reach sufficient levels of activity, compared with only two countries at this level for boys.

Some of the lowest rates of insufficient physical activity in boys were seen in Bangladesh (63%) and India (72%). This may be because there is a strong focus on national sports such as cricket in these countries. In the U.S., the lower rates of insufficient physical activity in boys (64%), are possibly a result of good physical education in schools, widespread availability of sports facilities and media coverage of sports.

No clear pattern emerged according to country income group. In 2016, the region with the highest prevalence of insufficient activity was high-income Asia Pacific for both boys (89.0%) and girls (95.6%). The regions with the lowest rates were high-income western countries for boys (72.1%) and south Asia for girls (77.5%). Boys in the Philippines and girls in South Korea were the most inactive. Bangladesh had the lowest rates of physical inactivity for both boys and girls.

“Urgent policy action to increase physical activity is needed now, particularly to promote and retain girls’ participation in physical activity,” commented Dr. Regina Guthold, WHO, the lead author of the new study. Co-author Dr. Fiona Bull (WHO) added, “Strong political will and action can address the fact that four in every five adolescents do not experience the enjoyment and social, physical, and mental health benefits of regular physical activity. Policy makers and stakeholders should be encouraged to act now for the health of this and future young generations.”