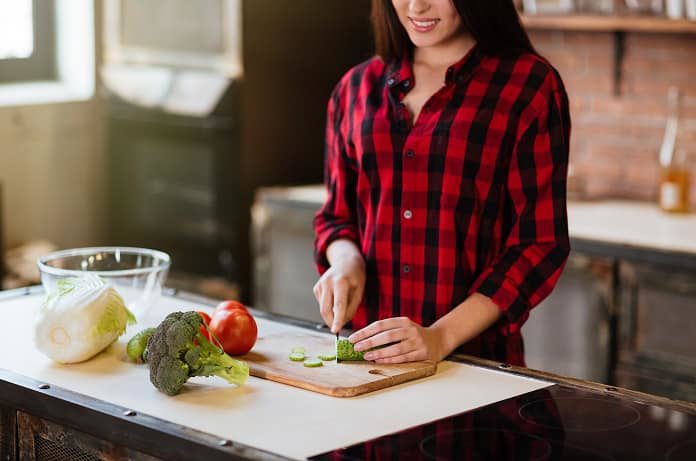 Researchers analyzed dietary patterns and bone mineral density to determine if diets, such as a vegetarian diet, had an impact on bone health during adolescence through young adulthood.

Bone mass refers to the amount of bone mineral in bones. The denser it is, the healthier our bones are. Peak bone mass is reached near the end of the adolescence period and can be an indicator of osteoporosis in later years. Osteoporosis is a disease in which bone mass decreases and bone tissue deteriorates. This deterioration increases the risk of bone fracture, even with slight trauma. It becomes increasingly common with older age and is more frequent in women.

What is the Impact of an Adolescent’s Diet on Adult Bone Health?

Diet has a substantial impact on the composition and functioning of our bodies. This influence is increased during adolescence to young adulthood when most of the physical growth and maturation takes place. Our diet provides us with complex nutrients that interact with our bodies.

Canadian researchers recently published a study in Nutrition Journal examining the association between adolescent diet and bone health. The participants were recruited from the Saskatchewan Pediatric Bone Mineral Accrual Study (PBMAS) that took place between 1991 and 2011. Data from the study was collected from 125 participants for the adolescent analysis and 115 participants for the young adult analysis. The gender ratios were similar for each group. The participants’ bone compositions were analyzed using dual-energy X-ray absorptiometry (DXA) Scans.

The study measured bone mineral content and the bone mineral density of total body, femoral neck, and lumbar spine. The dietary intake data were assessed using 24 hour recalls, and categorized into 25 food groups. The researchers identified five dietary patterns: “Vegetarian-style”, “Western-like”, “High-fat, high-protein”, “Mixed”, and “Snack.” The scientists then used statistical methods while adjusting for other physical variances such as height to determine the associations between dietary patterns and bone mineral content and bone mineral density. The participants were followed for ten years to determine the long-term impact of diet on bone health.

Participants who had higher adherence to the vegetarian style diet since adolescence had higher bone mass in young adulthood, approximately 15 years later. The authors did not conclude that a single dietary component to be responsible for this benefit. Rather, they pointed to the synergistic effect. The result of this study shows the importance of diet. It shows that eating healthy can never start early. We must make conscious food choices especially when our bodies need it the most, during adolescence. The choices we make when we are younger will still influence our lives when we are older.