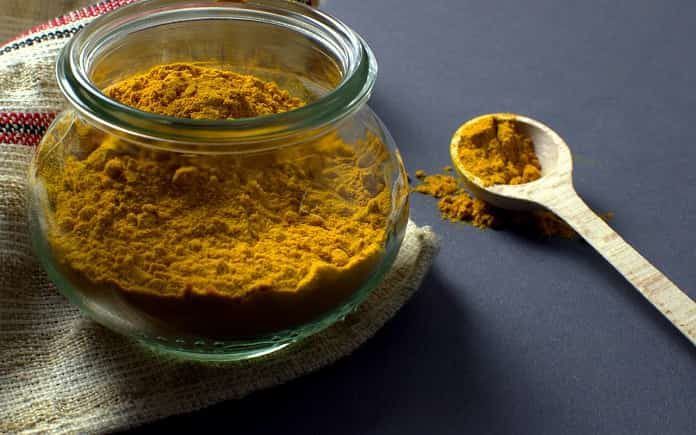 Up to 10% of women develop endometriosis during their reproductive years. Researchers from Iran review whether curcumin, a compound found in turmeric, can reduce inflammation and pain and inhibit the disease progression of endometriosis.

Endometriosis is a painful reproductive disorder in which uterine tissue grows outside the uterus.  Most commonly, this misplaced endometrial tissue is found on the outside of the uterus, the Fallopian tubes, or the ovaries. As endometrial tissue, it reacts to your monthly cycle of hormones as it normally would: filling with blood, thickening, and then breaking down. Yet, because there is nowhere for this blood and tissue to go as it sloughs off, it builds up and can cause intense abdominal pain. Scarring can occur when the immune system attacks this tissue as “foreign”. In some cases, this scarring can interfere with pregnancy.To date, the exact cause of this endometriosis is not understood, but the immune system and inflammation have been considered as pivotal factors in the disease’s progression.

Currently, there is no cure for endometriosis. Recommendations to ease the pain associated with this disease include warm baths, applying a hot-water bottle to the abdomen, and ibuprofen or acetaminophen. Some women take birth control pills to moderate the bleeding and cramping associated with their periods. In severe cases, doctors can stop menstruation, either with drugs or surgery; however, this is not helpful for women who want to conceive.

Some women also use homeopathy to manage their endometriosis pain. For example, the spice, turmeric, which contains the polyphenol curcumin, has long been thought to contain antioxidant and strong anti-inflammatory properties. However, few studies have investigated the effects of curcumin on endometriosis. In a recent study published in Biomedicine & Pharmacotherapy, researchers from Iran reviewed the effects.

The limited in-vitro and animal studies indicate that curcumin can reduce inflammation by suppressing inflammatory cytokine expression. In addition, there is some evidence that curcumin may reduce the disease progression by inhibiting the invasion, attachment, and angiogenesis of endometrial lesions. Curcumin is generally recognized as safe to use by the US Food and Drug Administration, and studies have demonstrated its safety up to at least 15 mg per day. However, data on its effectiveness is limited and, at times, contradictory.