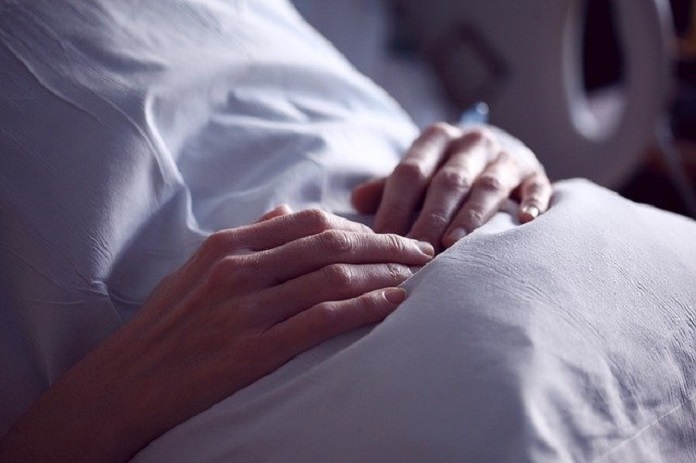 A molar pregnancy is a nonviable pregnancy characterized by an abnormal growth of placental tissues.1 The resulting growth is not an embryo, but it triggers the symptoms of early pregnancy. It is a rare gynecological condition that ends in pregnancy loss and can affect women at any reproductive age. However, the risk is often higher in women who are younger than 15 years old or older than 45 years old and in those who had prior molar pregnancies.1

Molar pregnancy, also known as hydatidiform mole, occurs in 1 out of every 1000 pregnancies.1 A mole represents a lump of growing tissue that is genetically abnormal. Molar pregnancy can take the form of a partial or complete mole. Each form has a unique genetic profile, but both carry the risk of progressing into a locally invasive or metastatic malignancy.2

Molar pregnancy is usually diagnosed with transvaginal ultrasound. The ultrasound can detect atypical features such as the presence of cysts and the absence of a clear embryonic structure or gestational sac.4 The characteristic ultrasound appearance shows a snowstorm pattern, described as a uterus full of dots, that usually follows a benign course.

There are two kinds of molar pregnancy. Usually, both are benign.

Apart from the typical pregnancy symptoms, molar pregnancy6 is clinically manifested with uterine bleeding, anemia, an enlarged uterus, and an abnormal level of the hCG hormone. It may also lead to other medical complications such as:

Advancement in transvaginal ultrasound allow for early detection of molar pregnancies in the first trimester, often before clinical signs and symptoms appear.7 Testing for elevated hCG levels helps the physician to distinguish an early complete mole from a missed abortion. A definitive diagnosis is confirmed by a pathologist.

Post-molar pregnancy side effects vary widely and may include the risk of:6

A molar pregnancy cannot grow into a normal pregnancy. Suction dilation and curettage (known as D&C) are typically the first-choice options without the need for further treatment.4 Unlike induction procedures, suction and curettage carry a significantly low risk of bleeding or retaining molar tissue in the uterus.3

If the mole was not completely evacuated, the remainder tissue might metastasize and would require treatment with chemotherapy. hCG levels would fall rapidly after uterine evacuation and would remain within the normal range.

Occasionally, hCG levels may rise again which may indicate an invasive disease that develops into a tumor.4 Hysterectomy or bilateral salpingectomy (the removal of both fallopian tubes) might be performed. Hysterectomy prevents the development of local invasion at the uterine level, but it does not eliminate the possibility of developing a metastatic disease beyond the uterus.3

Post-procedural monitoring of HCG levels continues every two weeks for a period of 6 months for evidence of a progressing disease and to ensure that the patient has a sustained and complete remission.2

Despite the slightly increased risk of a recurrent molar pregnancy, subsequent pregnancy is generally considered safe for patients and their partners as soon as hCG testing has been completed.3