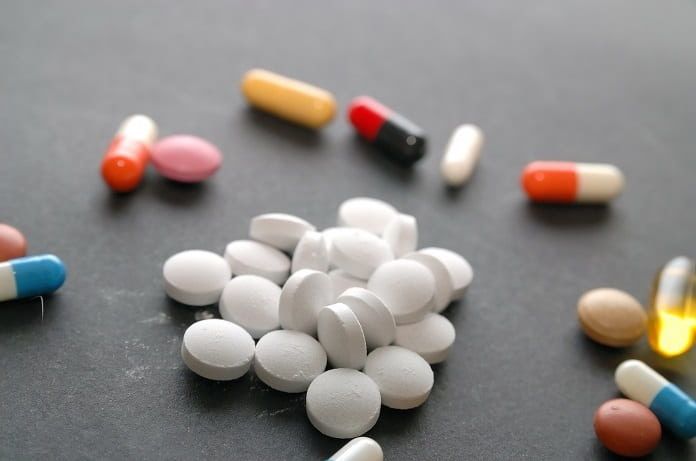 Given that the vast majority of opiate-dependent individuals relapse soon after detoxification, a recent study investigated whether the use of medications could assist in reducing the severity of opiate withdrawal.

With over 11 million heroin users worldwide, the global health burden of opiate-dependent individuals remains high. Opiates are a class of drugs (including illicit drugs such as heroin and prescription painkillers codeine, morphine, and oxycodone) containing opium or its natural or synthetic derivatives which elicit sedative or narcotic effects. Treating opiate dependence involves three phases: stabilization, detoxification, and maintenance of abstinence, with overall success hinged on effective treatment at each phase. Completing the detoxification phase has been recognized as the hardest step as the severity of symptoms experienced during withdrawals can lead to failure to complete detoxification and therefore resulting in reduced longer-term abstinence rates.

A recent double-blind randomized controlled study by Law and colleagues published in the Journal of Psychopharmacology investigated the use of two pharmacological treatment programs to help reduce the severity of symptoms experienced by opiate-dependent individuals during stabilization and the withdrawal phase and assist them to complete detoxification.

Eighty opiate-dependent individuals were recruited for the trial between the ages of 16 – 65 years (male and female) who had been self-administering prescribed or illicit opiates (equivalent to a quarter gram of heroin intravenously) and diagnosed as opiate dependent for less than three years in total. The participants were randomly assigned one of two short-term (18 months) opiate treatment programs which consisted of induction and stabilization on methadone or buprenorphine/naloxone, followed by detoxification (where those assigned methadone were assisted with lofexidine). Participants underwent urine drug screens for opiates and withdrawal and cravings questionnaires.

The results showed no overall differences in the positive urine drug screens and drop-outs during any phase of the trial. During the first phase of induction and stabilization, those on the buprenorphine/naloxone treatment plan had withdrawal symptoms subside at a slower rate and craving was significantly higher compared to those on methadone. However, during the detoxification phase, withdrawal symptoms for individuals on the methadone and lofexidine treatment plan experienced significantly greater withdrawal symptoms and the peak of these symptoms presented much earlier than the buprenorphine/naloxone group. Both treatment programs produced the same proportion of opiate negative urine samples during the detoxification phase, with a total of 44 patients successfully completing the detoxification phase (21 from the buprenorphine/naloxone group and 23 from the methadone/lofexidine group).

Thus, both short-term treatments appeared to be quite similar in the overall results of terminating illicit drug use, reducing withdrawal symptoms, and the number of dropouts during the stabilization and detoxification phases for low dose opiate-dependent individuals. The results indicated that buprenorphine/naloxone, whilst producing a more delayed detoxification, may be a more comfortable treatment program compared to methadone/lofexidine. However, for a more expedited detoxification, although more discomforting, lofexidine after methadone would be the treatment of choice.