Home Medicine Pediatrics Is Topiramate a Safe and Effective Treatment for Pediatric Migraines? 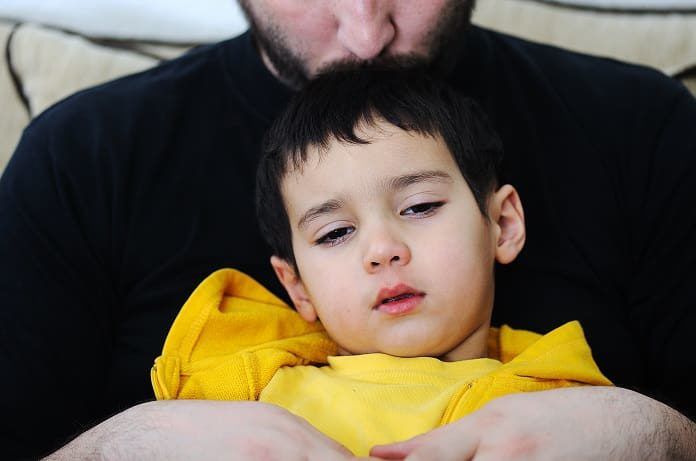 Topiramate is a prophylactic therapy for migraines approved for adults and children in the United States and for adults in Canada. The current article reviews the efficacy and safety profiles of Topiramate in pediatric migraines to determine whether the therapy should be approved by Health Canada for children as well.

A migraine is a primary headache disorder, characterized by recurrent headaches that are typically unilateral (affecting one side of the head), pulsating, and are aggravated by normal activity. Migraines affect both adults and children and are often accompanied by an aura, which can present as blurred vision, fortification spectra (seeing zigzag lines), scotomata pins and needles, numbness, or speech disturbances. Current therapeutic strategies for migraine management include abortive medication (acetaminophen, ibuprofen, and naproxen), prophylactic medication (nutraceuticals, calcium channel blockers, and anti-depressants), and the avoidance of identified triggers.

Pediatric migraines are particularly prevalent, affecting 9.1% of children and adolescents. Yet, not all therapies available to adults have been approved for children. For instance, Health Canada has approved topiramate, a prophylactic drug, in adults but not children. A study published in the Canadian Family Physician reviews the current literature regarding topiramate efficacy to determine whether it should be approved by Health Canada and made available to children as well.

Topiramate is a pharmacological agent that acts by inhibiting sodium channels in the brain and effectively slows down the brain’s electrical activity. A study conducted in Iranian children, aged five to 15 years, showed that topiramate successfully reduced the frequency, duration, and severity of pediatric migraines. Although this study lacked a proper control group, other randomized controlled trials have shown similar efficacy of topiramate in children. Moreover, studies comparing the efficacy of topiramate with other approved prophylactic therapies, like sodium valproate and flunarizine, also revealed that all therapies successfully reduce the incidence of migraines in children.

Questioning the Efficacy and Safety of Topiramate

In contrast to these relatively small studies, however, a large multicentre study in the US found no difference in pediatric migraine reduction between placebo and topiramate. Therefore, it is hard to conclusively determine whether topiramate is truly an effective prophylactic strategy for pediatric migraines. Additionally, studies have shown that topiramate is a safe and tolerable drug, with some common side effects including paresthesia, fatigue, nausea, and difficulty concentrating. These symptoms, however, are mostly transient and are resolved within a couple of weeks. Furthermore, studies have shown that although topiramate affects some neurological functioning, other crucial functions like learning, memory, and executive functions remain unaffected.

In conclusion, topiramate is a safe and tolerable drug. However, it’s efficacy in reducing the frequency, duration, and severity of pediatric migraines remains questionable. Moving forward, more thorough basic research is necessary to better understand the pathophysiology associated with migraines. Larger, more controlled studies are also necessary to conclusively determine whether topiramate is an effective prophylactic strategy for migraines in adults and children.