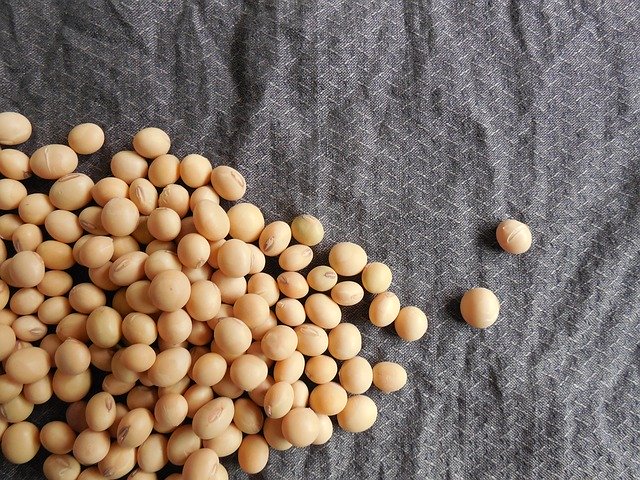 A protein fragment derived from soybeans shown to protect against cognitive decline in a mouse model of Alzheimer’s disease.

Scientists from Kyushu University, Japan have shown for the first time that a small protein fragment or dipeptide comprised of just two amino-acids can protect against cognitive decline associated with Alzheimer’s disease. The study findings were published in the journal npj Science of Food.

Forgetfulness is often brushed aside as a burden of aging but it can be one of the earliest symptoms of Alzheimer’s disease. A progressive disease that is marked by an increasing loss of memory and cognitive abilities, commonly known as dementia, Alzheimer’s disease is one of the leading causes of death in the US. Worldwide, about 30 million people suffer from Alzheimer’s-related dementia.

While increasing age is a significant risk factor for the disease, Alzheimer’s disease is not a disease of only the old and nor is it a normal part of aging. Currently, there is no known cure for the disease, but symptoms can be managed and the progression of the disease slowed. Current treatments aim to reduce the breakdown of neurotransmitters, specifically acetylcholine which is important for learning and memory. A second class of medication works by blocking the activity of excess glutamate, a neuro-signaling molecule that is increased in brains of patients with Alzheimer’s disease and is prescribed to improve memory, attention, and other cognitive tasks.

Scientists from Kyushu University had shown previously that dipeptides containing a specific amino acid – proline, were capable of entering the brain and were distributed in various regions of the brain such as the hippocampus and cerebral cortex. Next, they examined if these dipeptides can reduce the cognitive and memory impairments seen in patients with Alzheimer’s disease. Mice injected with an amyloid protein fragment, which is a protein that accumulates in the brains of patients suffering from Alzheimer’s, were used a model system to examine the protective effects of dipeptides. The mice were fed the dipeptide, Tyr-Pro (Tyrosine-Proline) for 16 days, and specific tests that measure cognitive abilities and memory were carried out.

The results of their study showed that the impaired mice who were fed the dipeptide Tyr-Pro performed better than impaired mice who had not on tests measuring working and long-term memory. However, both groups of impaired mice performed poorly as compared to normal mice without induced symptoms of Alzheimer’s disease. This would suggest that the di-peptides potentially slow the cognitive impairment but do not completely eliminate the symptoms.

The researchers further explored the mechanism behind the neuro-protective properties of the dipeptides. Their results suggest that the dipeptides promote the production of acetylcholine particularly in the cerebral cortex, a region of the brain associated with both short and long-term memory.

This study shows for the first time that dipeptides can make the journey from the stomach to the brain intact and may protect against cognitive decline associated with Alzheimer’s disease. However, it is yet to be seen if these positive effects are also observed in humans. The study does not examine the effect of other dipeptides and the effects of long-term uptake of these dipeptides.

Nevertheless, this significant study shows the potential for dietary supplements such as the Tyr-Pro dipeptide in preventing memory decline seen in Alzheimer’s patients. As explained by Dr. Toshiro Matsui, lead researcher of the study, “On top of the possibility of being broken down during digestion, peptides then face the challenge of crossing a highly selective barrier to get from the blood into the brain. While our previous studies were the first to identify a dipeptide able to make the journey, our new studies show that it can actually affect memory in mice. [] We hope that this is a step forward toward functional foods that could help prevent memory degradation or even improve our memories.”

Image by Jing from Pixabay