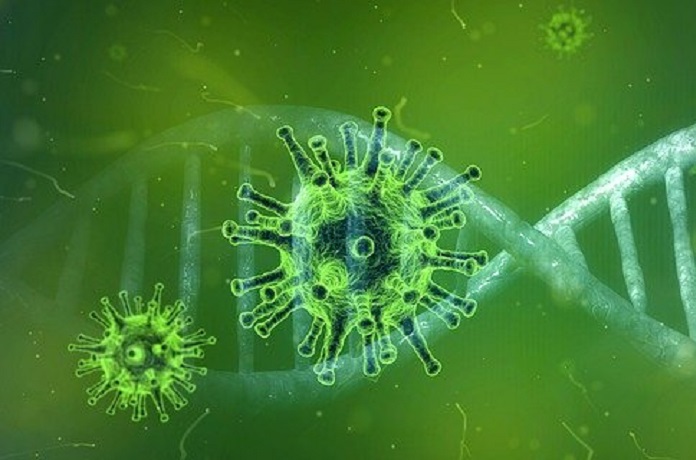 A better understanding of how SARS-CoV-2 behaves in human cells is key to developing treatments.

The global COVID-19 pandemic continues to race across the planet with thousands of new infections confirmed every day. However, another race is currently underway worldwide – the race to develop an effective treatment. One of the key steps in developing a treatment is gaining a thorough understanding of the disease process itself. A new study published in the journal Cell examines host-virus interactions that take place through a process called phosphorylation (1). Phosphorylation alters the structure and function of particular intracellular proteins by adding one or more phosphorous-containing molecules (a phosphoryl group). It is hoped that a better understanding of this phosphorylation process in COVID-19 will reveal potential targets for drug therapies.

The approach the research team adopted was to use proteomics. This process measures changes both in the quantities of varies proteins and also in their level of phosphorylation. They carried out a lab-based experiment using a cell type that is particularly susceptible to SARS-CoV-2 infection. Using proteomics, they measured the impact that infection had on cellular proteins.

For most host-cell proteins, infection appeared to change phosphorylation levels rather than altering their abundance. Most of the proteins that showed an increase in abundance during the infection were viral proteins, reflecting the fact that the virus hijacks cellular machinery to replicate itself. Some of the host proteins that were found to be downregulated or switched off by phosphorylation are usually involved in preventing blood coagulation. This presents a possible mechanism for the blood clotting complications experienced by some coronavirus sufferers.

The study also examined changes that happen to the viral proteins within a host cell. Proteomics revealed 49 phosphorylation sites spread across seven viral proteins. However, it remains unclear exactly what roles these individual sites play. There is some evidence to suggest phosphorylation at some of these sites may influence the binding of the coronavirus “spike protein” to receptors on human cells, the key step in the initial infection process.

In healthy human cells, phosphorylation plays a role in cellular signalling. Certain “native” signalling pathways involved in mRNA processing and apoptosis (programmed cell death) were boosted by the presence of viral proteins, while signalling pathways involved in the response to infection are downregulated. This reflects the intentions of the virus within a host cell – to replicate its RNA and avoid an immune response from the host.

The level of viral protein showed an increase approximately eight hours after infection began, giving an indication of the timeframe from viral entry to replication. The widespread changes in host cell protein phosphorylation highlights how the virus operates within its host. In particular the changes to as many as 97 host kinases highlight the particular signalling pathways the virus exploits.

The identification of pathways and proteins involved in the COVID-19 disease process allowed the research team to test existing drugs known to target these specific areas. They tested a total of 68 drugs that are either already approved for use in humans or in late-stage clinical trials. Many of them showed antiviral activity. However, this is in a lab setting only. It remains to be seen whether this activity will be replicated in humans.

Overall this study provides valuable knowledge of how the coronavirus works within human cells. It identifies many of the pathways and proteins that the virus exploits and as a result, generates several targets for drug therapies to interrupt the viral replication. However, more research is needed before we can confidently identify effective treatments.