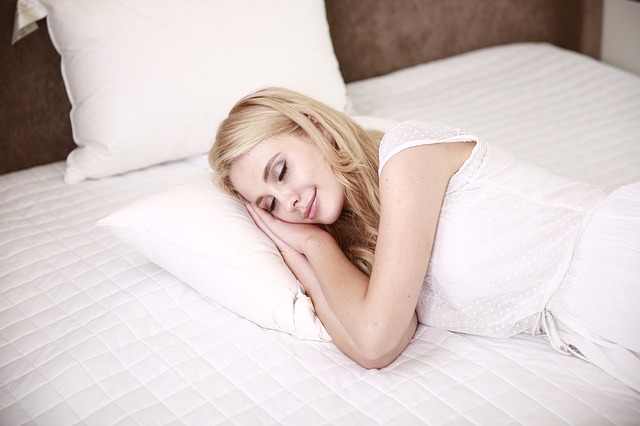 A study investigating the relationship between sleep and breast cancer found that being a morning person reduces the risk of developing breast cancer in women.

Circadian rhythms are our body’s internal clock that influences our waking and sleeping times. Changes in circadian rhythms have been linked to increased chances of developing cancer, metabolic and cardiovascular diseases. In 2007, the WHO’s International Agency for Research on Cancer classified shift work involving circadian disruptions as being possibly carcinogenic in humans. A number of studies have focused on the negative effects of circadian disruptions such as night shift work, light-at-night on breast cancer risk. For instance, PER2, a gene involved in circadian rhythm regulation has been implicated in breast cancer development.

To examine if modifiable sleep habits have a direct effect on breast cancer risk, researchers from the University of Bristol, UK in collaboration with Harvard Medical School and the Broad Institute at Massachusetts, USA carried out a large-scale observational analysis of data from the UK Biobank (180,216 women) and the Breast Cancer Association Consortium (BCAC) (228,951 women) studies. Their findings were published in the British Medical Journal. The modifiable sleep habits analyzed in this study included one’s waking preferences, sleep duration and, insomnia symptoms. They analyzed genetic variants associated with these modifiable sleep traits using a technique called Mendelian randomization. This method is less prone to measurement errors or confounding (unmeasured) factors that conventional analytical approaches may face. It increases reliability in the findings and strengthens the possibility of a causal relationship between the factors being analyzed.

The researchers note that the lack of ethnic diversity amongst the study participants and the reliance on self-reported sleep data could be limitations in this study. Additionally, it is unclear if it is the preference for mornings versus evening, or if it is the actual behavior that is linked to breast cancer risks, and needs further evaluation. Nevertheless, the findings reported in this study have potential implications in improving the health of the general population and reducing the risk of developing breast cancer.

Lin HH, Farkas ME. Altered Circadian Rhythms and Breast Cancer: From the Human to the Molecular Level. Front Endocrinol (Lausanne). 2018;9:219. Published 2018 May 4