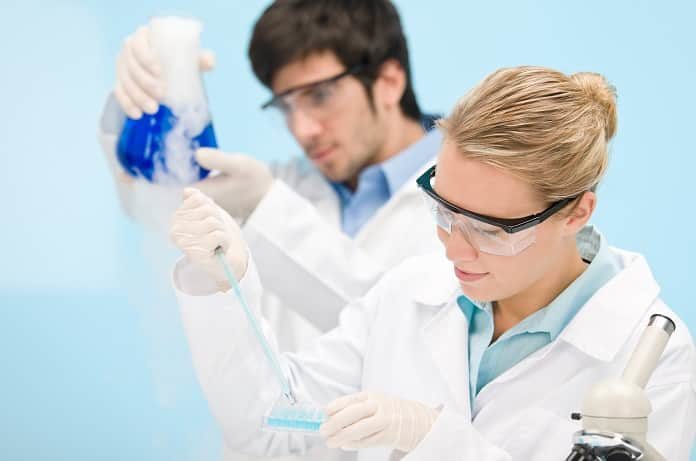 Cytomegalovirus causes lifelong persistent infections that avoid our immune systems by staying latent. However, it can occasionally reactivate. A recent paper studies the role of regulatory T cells in controlling reactivation in a mouse model.

Human cytomegalovirus (HCMV) is a strain of virus that causes persistent infections that can stay dormant for long periods of time, known as latency. Latent viruses have adapted and evolved many mechanisms in order to avoid surveillance by our immune systems. By evading the immune system, cytomegalovirus infections last a lifetime and cannot be cured. Infections, however, are for the most part harmless in healthy individuals who have well-functioning immune systems, but can reactivate under certain conditions.

An appropriate model to study HCMV is mouse cytomegalovirus (MCMV), as the two viruses share many similarities biologically. It has been well described how the mouse immune system responds to MCMV infection. Multiple types of immune cells are involved to control and limit the level of viral replication. A recent paper published in PLoS Pathogens examines the specific immune cells and their role in controlling acute MCMV infection at different sites in a mouse model. Specifically, this group studies a subset of immune cells called regulatory T-cells (Tregs), which play an important role in modulating the immune response through suppression of immune cells, and their role in MCMV infection.

Recent studies have shown a correlation between the number of Tregs when the virus reactivates during latency, but their role is unclear. Firstly, the authors of this paper determined that there were more activated Tregs in the spleen and salivary gland of MCMV-infected mice during viral latency. By using a mouse model that allowed for specific depletion of Tregs in the spleen, the authors observed that the removal of Tregs allowed for a greater immune response by other immune cells. Additionally, the removal of spleen Tregs led to less reactivation of the virus, confirming a role of the Tregs in maintaining latent infection that is able to reactivate. In contrast, depletion of salivary gland Tregs led to more reactivation and replication of the virus. This result signified their ability to limit viral replication, which is in contrast to their ability to promote viral reactivation, as seen in the spleen.

The authors also noted that Tregs were capable of suppressing a population of immune cells that were able to produce IL-10, an immunosuppressive molecule that limits inflammation and activation of immune cells and is also known to play a role in promoting MCMV replication. They determined that by depleting Treg cells, IL-10-producing cells were no longer suppressed and hence produced IL-10, which in turn promoted viral replication in the salivary gland. Further studies confirmed this phenomenon by blocking the ability of IL-10 to function, and no longer seeing the increased viral replication.

Here in this study, they showed that Tregs have specific functions at different sites of infection: the spleen and the salivary gland. The study used a unique mouse model that allowed for the specific removal of Tregs from their model to precisely study their role. The results demonstrate the importance of Tregs in the salivary gland in suppressing IL-10-producing cells in order to limit viral replication. Overall the results of this study raise the question of whether Treg manipulation should be used to treat latent HCMV infection, as there may be varying effects at different tissue sites. Further research into how immune cells interact with cytomegalovirus will give us a better understanding of the ways of manipulating our immune cells to better treat latent HCMV infections.