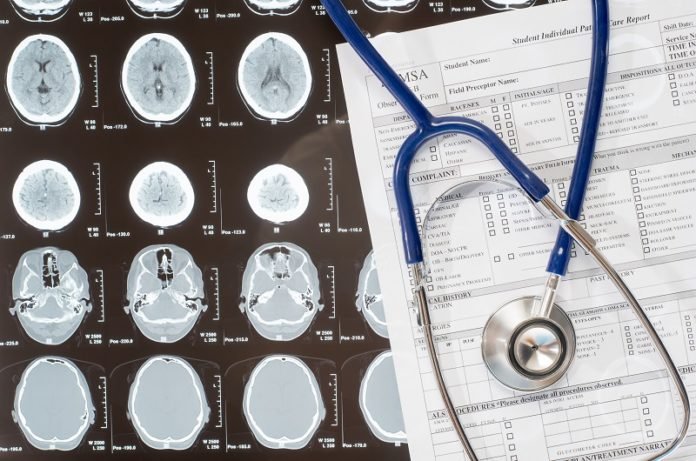 Pediatric brain tumors remain difficult to treat which results in the highest deaths among all pediatric malignancies. Researchers at Stanford University found that antibody-based blockade of CD47, an evasion signaling mechanism that cancers use to avoid immune detection, is a promising strategy for the treatment of malignant pediatric brain tumors.

Malignant gliomas are a type of tumor that develop in the brain or the spine. Malignant gliomas that develop during childhood are especially difficult to treat and often have poor outcomes. Pediatric embryonal tumors like medulloblastoma (MB), atypical teratoid rhabdoid tumor (ATRT) and primitive neuroectodermal tumor (PNET) are tumors that develop in embryonic cells of the developing brain and remain there after birth. Unlike, childhood gliomas, pediatric embryonal tumors have better survival after treatment. However, standard treatment of brain cancers in patients less than 3 years old remain difficult as children of this age are unable to undergo radiation treatment due to its long-term side effects on brain development. Surgery and chemotherapy are treatment options but are largely ineffective.

Recently, a protein called CD47 has been shown to be expressed in many cancer cells, including brain cancer, which allows them to escape the detection of the body’s immune system. CD47 is located on the surface of cancer cells. CD47 binds another protein called SIRP-a which is found on the surface of macrophage cells -a type of immune cell that destroys foreign cells by “eating” them (phagocytosis). The binding of CD47 to SIRP- a allows the cancer cells to present the macrophage with a “don’t-eat-me” signal which in turn prevents the macrophages from “eating” them. In contrast, normal cells are susceptible to phagocytosis when they are damaged since they lack the expression of CD47. Immune resistance and immune escape of cancer cells via CD47 signaling is a feature of malignant brain tumors. These findings establish a rationale for targeting CD47 in pediatric brain tumors and that blockade of CD47 using an antibody approach could be a potentially efficacious therapeutic strategy.

A study published in Science Translational Medicine tested whether disruption of CD47 signaling in malignant pediatric brain tumors could be an effective therapeutic approach. Researchers from Stanford University used a humanized antibody against CD47, Hu5F9-G4, which bear modifications that increase its similarity to antibodies produced in the human body. The researchers tested the activity of this anti-CD47 antibody in five malignant pediatric tumor types namely medulloblastoma (MB) group 3, pediatric ATRT and PNET, epidermal growth factor receptor-amplified pediatric glioblastoma multiforme (pGBM), and diffuse intrinsic pontine glioma (DIPG). To determine efficacy of Hu5F9-G4, the researchers created a xenograft model where fluorescently labeled primary cells derived from patients that suffer from each of these cancers or modified cell lines of these cancers were directly implanted in the brains of mice that lacked other immune cells except the phagocytic macrophages. Upon injection of the tumor cells, the researchers validated their engraftment in the brain via bioluminescence imaging (BLI) and randomized the animals into treatment and control groups. Hu5F9-G4 was systemically delivered via the abdominal cavity.

The results of the preclinical study were promising. First, upon injection of Hu5F9-G4 in animals that suffer from MB group 3, researchers found a significant reduction in tumor size after 14 days of treatment. Compared with the control group which died within 40 days, animals in the treatment group had 100% overall survival. Furthermore, the animals in the treatment group showed greater macrophage recruitment in the brain relative to the control group and the number of animals with spinal metastasis declined. These results show that the antibody dose could effectively penetrate the blood-brain barrier and create a response in the primary tumor. The researchers also observed a reduction in the number of CD15+ cancer stem cells which suggest that the antibody blockade could impair the proliferation of cancer cells all the way to the stem cell level. Similar responses were observed in ATRT, PNET, pGBM and DIPG xenograft models. Treatment with Hu5F9-G4 in these animal models increased macrophage recruitment at tumor sites and phagocytosis of brain cancer cells which resulted in a significant reduction in tumor size and greater overall survival.

To determine the effect of CD47 blockade in animals with an intact immune system, researchers used a xenograft model of glioblastoma in non-immunocompromised mice. Animals were randomized to treatment and control groups. Interestingly, the results showed that tumor growth rate was lower in the treatment group compared to control. Median survival was 32 days and with a dose-dependent response, could increase up to 38 days as compared to control at 21 days. Tumor burden significantly declined and macrophage infiltration was observed in the tumor sites. Researchers were unable to detect any potential damages in the normal brain tissue. Overall, these findings indicated that in immunocompetent settings, blockade of CD47 resulted in effective anti-tumor activity.

Following these findings, the researchers then wanted to determine if the antibody blockade could be exerting an effect on other cells in the brain. To test for any bystander effect, researchers used labeled neural progenitor cells (NPCs) which differentiate into different brain cell types like neurons, astrocytes, and oligodendrocytes. In this experiment, labeled NPCs were previously engrafted in the brains of mice. Unlabeled MB cells were then introduced into the brains of these mice which harbored the labeled NPCs. Hu5F9-G4 was delivered systemically. Upon treatment, researchers found that the growth of NPCs was unaffected. Similarly, treated animals survived longer than control animals.

The researchers concluded that systemic treatment with Hu5F9-G4 effectively promoted macrophage phagocytosis of malignant brain cancer cells without affecting normal brain cells. These findings demonstrated thatHu5F9-G4 is a promising drug candidate for a variety of malignant pediatric brain cancers. A limitation of the study was that it was largely conducted on immune-compromised settings and experiments in immunocompetent environments suggested that blockade of CD47 in brain tumors does not completely eliminate the cancer cells. This effect could be due to the presence of other signals that cancer cells might exploit to evade detection. Therefore, further studies are required to understand the mechanisms of evasion and the promotion of “eat-me” signals. Nonetheless, the results of the study expand the possibility of developing anti-CD47 therapies for malignant pediatric brain tumors that may be used in combination with other pre-existing treatments such as surgery and chemotherapy.