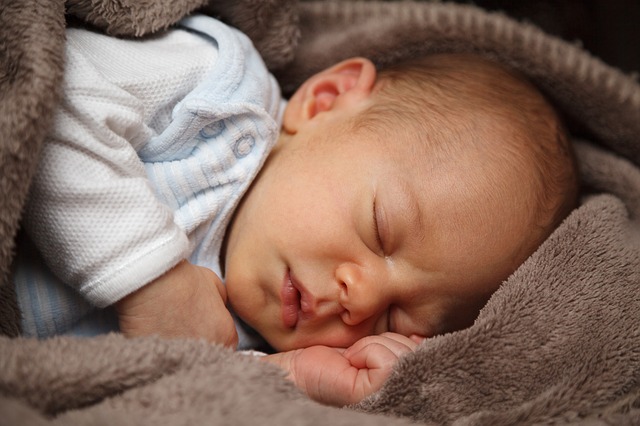 A recent study investigated how the microbiome affects the critical growth period during infancy, specifically, how it might impact on the growth of preterm infants.

Parents today are heavily educated by their own parents and the media controlled by the multi-billion-dollar parenting industry. As a new parent today, there are so many resources to ensure that you are feeding your child the healthiest ingredients available. However, what if despite your best efforts, your child is still under-developed during this critical period? EPT-infants or “extremely pre-term infants” are an example of babies who despite their parents’ best efforts will remain under-developed during the critical period of infancy. They face low birth weight and a number of accompanying issues, including lack of neurodevelopment. According to Dr. Patrick Seed the Chief of Infectious Diseases in the Pediatric Department at Ann and Robert H. Lurie Children’s Hospital, Chicago, there is a lack of means to “identify infants at the highest risk for growth failure.” He claims that by studying the microbiome of EPT infants, physicians can gain insights on interventions and therapies for growth failure.

Researchers including Dr. Patrick Seed conducted a longitudinal prospective cohort study of EPT infants in the NICU to analyze if their microbiota and metabolome impacted their likelihood of growth failure. Their results were published in Scientific Reports.

Researchers at the Stanley Manne Children’s Research Institute hypothesized that the diagnosis of severe postnatal growth failure would go hand in hand with a deficient number and diversity of microbes in the microbiome of EPT infants, as well as deficient metabolisms among these infants. To test their hypothesis, the DNA of these infants’ microbial communities needed to be gathered.

Researchers enrolled 58 infants born at 27 weeks of gestation or less in the study. These infants weighed an average of 2 lbs and babies with post-birth complications related to their prematurity were excluded from the study. The stool from babies were collected, a buffer was added to test tubes to make sure the DNA would be intact, and the DNA was extracted. Using an online database that contained the DNA sequence of different species of gut bacteria, researchers were able to determine the total population and different species of bacteria that lived in the gut of every individual infant.

Results were consistent with Seed and colleagues’ predictions

Noting that there are populations of beneficial and harmful bacteria, the results were shockingly cohesive with initial predictions. Thirty-six out of the total study population of 58 EPT infants experienced growth failure. The infants that comprised this group of 36 infants consistently displayed certain attributes in their microbiome analysis.

Babies in the growth failure group had higher than normal values of disease-causing bacteria, while also experiencing lower levels of neutral and health-beneficial bacteria. These disease-causing bacteria included Staphylococcus, a bacterium that has the potential to cause skin infections and in the worst cases, endocarditis, a potentially fatal condition characterized by the inflammation of the endocardium, a specialized tissue of the heart. Enterobacteriaceae were also among the harmful bacteria discovered in higher amounts in this group. E.coli infections are the most common type of enterobacterial infection that affects people in the United States. These infections can cause minor nuisances like upset stomach and diarrhea, however, in cases of immunocompromised individuals can lead to deadly diseases. Due to the fact that EPT infants are immunocompromised, they are at risk for more serious enterobacterial infections including necrotizing enterocolitis (NEC) which is a serious bacterial infection of the intestine that may result in the death of the tissue.

How can the results of this study positively impact future premature infants?

As previously mentioned by Dr. Patrick Seed, there is currently a lack of tests that act as predictors for which premature infants will experience growth failure. Testing for metabolism deficiency and lack of microbial diversity through stool analysis could provide as a new diagnostic tool, setting the standard for future post-natal care. Moreover, scientists already have the tools to help immune-deficient infants, with successful studies being produced using microbial transmission (transplanting bacteria from donors to recipients). Hopefully with the information provided by the Stanley Manne Children’s Research Institute, the lack of diagnostic tools for growth failure can be bridged to improve the growth rate of preterm infants.