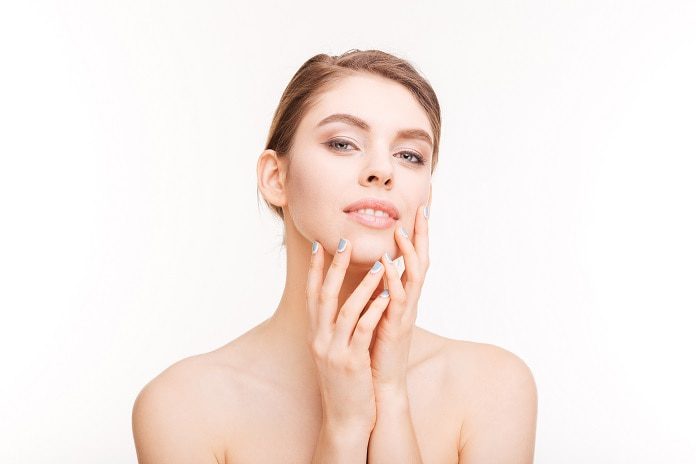 Scientists develop a new way to diagnose childhood eczema by investigating the different kinds of bacteria living on the skin.

The skin plays host to a variety of microorganisms including viruses, fungi, mites, and bacteria collectively called the skin microbiome. This fact may make your skin crawl, literally, but these harmless microorganisms provide a vital service by helping the immune system protect against infections. The types of bacteria living on a person’s skin are also unique from person to person. This is influenced by several factors such as environment, age, sex, diet, geographic location, clothing choice, occupation, cosmetic use (types of soaps and moisturizers used) and antibiotic use. In this way, you can think of the skin as an ecosystem with numerous habitats and microorganisms found in each. Disruptions to the host or the microbiome can cause infections and skin disorders. Atopic dermatitis or eczema is a common inflammatory skin condition in children and affects roughly 5-20% of infants worldwide. The causes of eczema remain unknown however, the skin microbiome is thought to play a role. Low diversity of skin bacteria is associated with worsening disease severity. In particular, the growth and dominance of Gram-positive bacterium Staphylococcus aureus is associated with skin flares and increased severity of symptoms.

The distinctive changes in the microbial colonization of the skin seen in eczema have led to an interest in developing new diagnostic tools. Currently, eczema is diagnosed by the clinicians who observe the relevant symptoms of the disorder, redness, swelling itching and cracked skin. There are a few blood tests that can be used to confirm the diagnosis all of which are invasive.

In a recent Chinese study published in mSystems, researchers wanted to know if they could use the changes in the skin microbiome to develop a non-invasive diagnostic tool for eczema. The scientists compared the skin microbiomes of children with eczema to healthy controls. The children selected for the study were three to twelve years old. Children from Beijing, Qingdao, and Denver were included in the study. In each city, samples were taken at a lesion site and non-lesion site, usually at the forearms or leg. These samples were then matched to the same site in samples taken from healthy children. The different types of bacteria in each sample were identified using DNA sequencing.

The researchers then went on to look at the various factors that may affect the composition of the skin microbiome and found that both geographical location and eczema had the largest effect on the types of bacteria colonizing the skin. The group developed a diagnosis model (a list of different bacteria) for each city taking into account the bacteria-specific for each region. The diagnostic tools were 91.3% accurate in Beijing, 89.4 for Qingdao and 79.2% for Denver. When these models were applied to different cities the accuracy dropped in each case, as a result, the researchers wanted to know if they could develop a general model to diagnose eczema.

Using their diagnosis tool, the team was able to identify a group of children who did not have symptoms of eczema but had a skin microbiome that had shifted toward a disease state, they called this group the suboptimal health state and it indicated that these children may be at risk of developing eczema.

Although this team has developed a unique tool for the diagnosis of eczema some limitations need to be considered. MiSH needs further validation, this is because the sample sizes in this study were small. Testing this diagnostic tool in a more diverse population of children would also be beneficial. It is also important to note that the use of sequencing to identify bacterial populations present on the skin cannot distinguish between bacteria that are alive or dead.