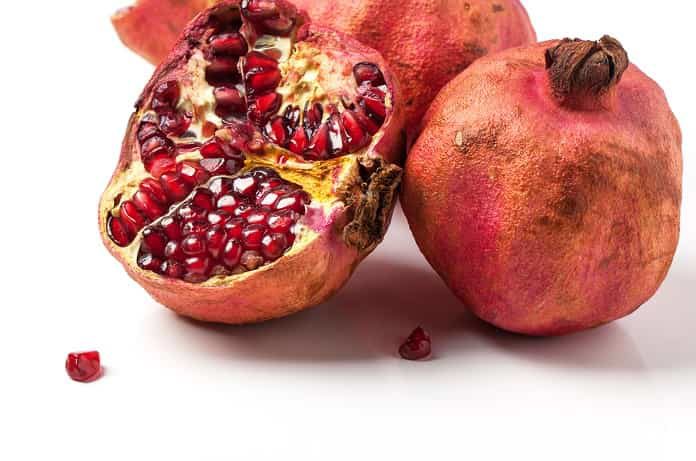 Researchers examine the potential effects of pomegranate supplements and their ability to lower blood sugar levels and impact insulin sensitivity.

Diabetes mellitus is a huge public health challenge affecting 336 million people worldwide in 2014. This estimate is expected to rise to 552 million people by the year 2030. Controlling blood glucose levels is a perpetual task for patients with diabetes. People often look for natural treatments and supplements – such as pomegranate supplements – as a way to lower blood sugar levels. Researchers are increasingly investigating the effectiveness of these supplements.

Pomegranate (Punica granatum L.) has been the subject of much research due to its high concentration of antioxidants and bioactive polyphenols. Extracts from different parts of the fruit (i.e. juice, seed oil, whole fruit extract) have been used to prevent and treat many diseases such as high blood pressure, cardiovascular disease, obesity, and diabetes.

Some studies have reported that pomegranate juice and pomegranate extracts lower blood sugar levels, lower insulin requirements, and improve insulin sensitivity. However, many of these reports are based on animal or observational studies, so the effects of pomegranate on human glucose and insulin levels are not well understood.

A recent study conducted in China analyzed data from previous clinical trials to evaluate the effectiveness of pomegranate treatment for controlling blood glucose, insulin levels, and insulin sensitivity in adults. This review and meta-analysis, published in the Nutrition Journal, analyzed and examined 16 clinical studies that included a total of 538 healthy (non-diabetic) adults who took pomegranate supplements for at least one week. Of the 16 trials included in this study, 11 used pomegranate juice as a supplement at a dose of 120 to 500 mL per day. Two studies used pomegranate seed oil (400-2000 mg/day), and the remaining three studies used pomegranate extract (710-1420 mg/day) as a supplement. The trials were between one and twelve weeks long.

Overall, current research indicates that daily pomegranate supplements are not an effective treatment for blood glucose and insulin management.