A case study reported complete Crohn’s disease remission in a patient who consumed a plant-based diet.

Crohn’s disease is one of many medical conditions that affect the digestive system. This inflammatory bowel disease can occur due to a variety of factors including genetics, environment, and lifestyle. Given the nature of the disease, diet has a large impact on the treatment and recovery process for Crohn’s patients. The occurrence of Crohn’s disease has increased over the years, particularly in countries that have higher consumptions of fast food and overall unhealthy dietary habits. An American study published by Nutrients assessed the intervention of a plant-based diet on a patient who experienced difficulty in recovering from Crohn’s disease.

The case study involved a male young adult in his 20s who was diagnosed with Crohn’s disease. The patient was unable to recover from the condition despite undergoing standard medical treatment procedures for one full year. Starting his second year of treatment, the individual adapted a new dietary lifestyle of plant-based foods exclusively. He consumed plant-based meals for 40 consecutive days. Following the intervention, he reported no symptoms of Crohn’s disease. He continued the plant-based diet and followed up with a colonoscopy.

The results indicated that the patient had completely recovered from Crohn’s disease and no longer required medications. The high-fiber content of the plant-based diet encouraged improved gut health and aided the mucosal healing. Other benefits of a plant-based diet such as lower susceptibility to heart conditions, cancer, and diabetes also assist in improving overall health. The patient was able to recover without requiring surgery, contrary to most Crohn’s disease patients who require surgery at some point during their life.

The case study offers promising results for a non-invasive and natural treatment method for Crohn’s disease that has no significant side effects. A plant-based diet is a lifestyle change that provides additional health benefits and is easily implementable for many Crohn’s disease patients. It can reduce health-related costs by preventing the need for surgery. To further solidify the results of this case study, a research study with larger sample size and varying demographics is warranted. 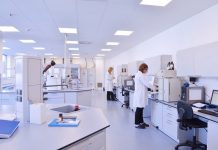 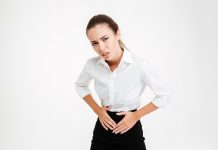