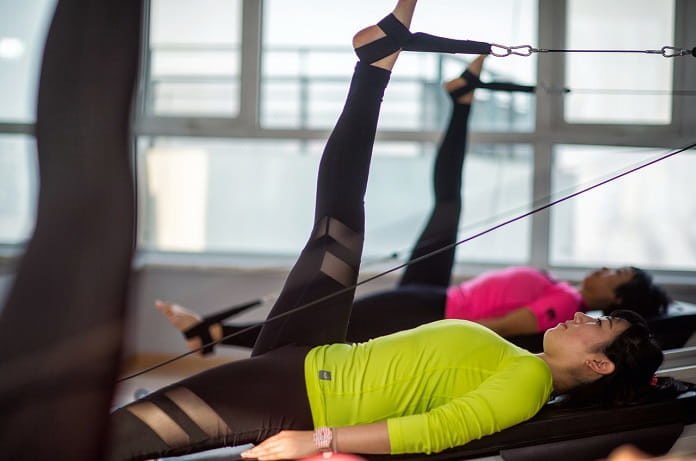 A recent study assessed the influence of engaging in core training, or Pilates, on the performance and metabolic cost of trained runners.

The human body requires oxygen to perform work. Each individual has a maximum oxygen consumption. The ability to run long distances requires an individual to have a large maximum oxygen consumption value, along with the ability to maintain that maximum consumption over time. The amount of oxygen consumed to travel a specific distance is defined by metabolic cost. This measurement assumes that the individual is running at an intensity below their maximal ability. Studies have suggested that certain types of training may help to reduce the metabolic cost, thus increasing running performance. A Brazilian study published by the Public Library of Science tests the effects of core training on the metabolic cost and overall performance of trained runners.

The study recruited 32 trained runners. The runners were randomly categorized into training groups; one group of 16 individuals performed Pilates, while the remaining 16 were part of a control group. Both groups engaged in regular training for runners but the Pilates group simultaneously underwent a Pilates training program that lasted 12 weeks. The researchers recorded neuromuscular measurements, metabolism, and kinematics of the runners. The subjects were asked to perform a running exercise at two different speeds prior to and after the training program.

The demographics of the control group and the Pilates group did not showcase any significant differences before starting the 12-week training program. The variables measured were maximum oxygen consumption, metabolic cost at ten kilometers per hour, and metabolic cost at 12 kilometers per hour. These variables also did not show any significant differences prior to the experiment between the Pilates group and control group.

The results suggest that Pilates training is beneficial for trained runners to improve running performance. This is the first study to address the effects of Pilates training on running. These findings are highly valuable to create training modules that target specific muscles for various types of athletes. Physical therapy programs for athletes may also take advantage of this information to recommend exercises for improved performance with lower risks of injury. Specialized training programs can be implemented to optimize muscle activity and strengthen the overall health of individuals involved in high-stress athletic activities. This focus on training will take a proactive, rather than reactive, approach to the health and performance of athletes.