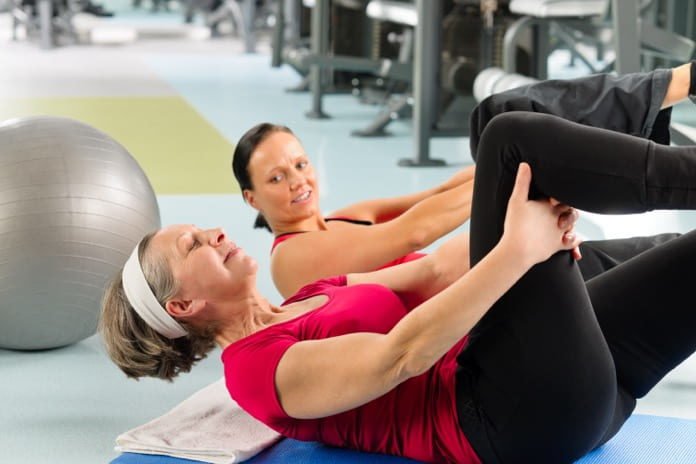 A recent study compared the effects of different amounts of the amino acid leucine on hourly and daily muscle protein synthesis in healthy older women.

Muscle mass, strength, and function may decline with age. This decline is known as sarcopenia, and it contributes to frailty in older adults. Sarcopenia affects balance, gait, and the ability to perform basic activities of daily living. Older adults with sarcopenia are unable to synthesize enough dietary protein to sustain muscle mass. In general, dietary requirements for protein increase with age, and older adults require more dietary protein to stimulate muscle protein synthesis compared with younger adults. Leucine is an essential amino acid that triggers muscle protein synthesis even at lower levels of protein intake.

A group of Canadian researchers conducted a single-blind, randomized parallel group study to compare the effects of two meal-like protein beverages among 22 community-dwelling, healthy older women aged 65 to 75 years. The beverages had the same amount of protein, but different amounts of leucine. The researchers compared acute hourly and integrated daily rates of muscle protein synthesis in rested and resistance exercised leg muscle. They hypothesized that rates of synthesis would be greater among women in the treatment group who were randomly assigned to consume a beverage with 4.2 grams of leucine per serving versus 1.3 grams in the control group. They recently published the results in the American Journal of Clinical Nutrition.

Protein with extra leucine was more effective than protein alone

Eleven women were assigned to each group and researchers instructed them to consume one of the two beverages twice a day for six days. Twice during the six-day period, all women performed unilateral resistance exercise on one leg. Acute hourly muscle protein synthesis increased during the supplementation period in the rested and exercised legs in both groups; however, the increase was greater among women in the treatment group who consumed more leucine. Integrated daily rates of synthesis increased in both legs in the treatment group, although the control group also only realized gains in the exercised leg.

This study suggests that about 4 grams of leucine integrated into the daily diet, rather than taken in supplement form, can stimulate greater protein muscle synthesis in healthy older women compared to beverages with less leucine. While additional studies conducted over longer periods of time with larger samples are needed to corroborate these results, this study shows that leucine may play in role in mitigating the loss of muscle mass commonly associated with aging.

Infections from Sushi: What You Need to Know