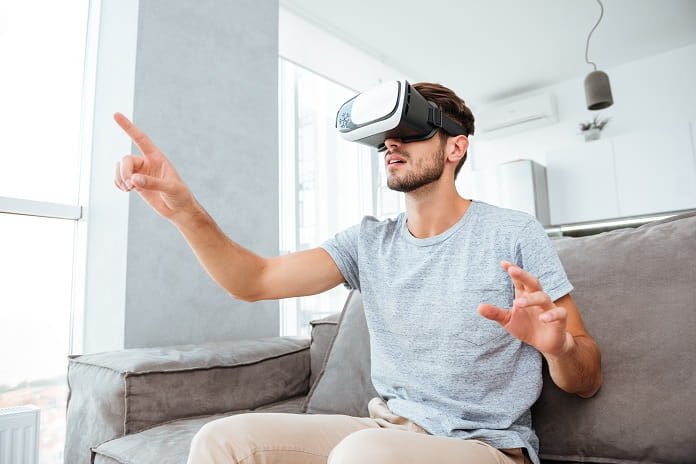 A novel study in The Lancet Psychiatry examined the effectiveness of immersive virtual reality in overcoming fear of heights.

It is indeed an extremely astounding time to live. Virtual reality has taken over the video gaming industry and has become affordable enough for most households to acquire. Yet, virtual reality has potential that goes far beyond video games.

As the name suggests, virtual reality immerses a person into a virtual world similar to our own. Programs developed for virtual reality consoles can imitate many of the conditions we find in our daily lives. Thus, it is no surprise that a team of researchers in the United Kingdom decided to implement this program to help in overcoming fear of heights.  Their results were published in The Lancet Psychiatry.

The most common fear among people

A fear of heights is known to be the most common fear experienced by individuals. One out of every five will experience an irrational fear of heights, while one in 20 will meet the criteria for a fully-fledged phobia (acrophobia) of heights. It has been previously found that exposure therapy, whereby a patient is exposed gradually to the feared condition, was identical in the results with both virtual reality treatment and real-life.

In this experiment, the researchers created a program that automated the therapist’s role. The authors state, “Our therapeutic approach is cognitive, focusing on the evaluation of threat predictions while dropping defensive behaviors, to develop memories of safety that counteract fear associations.”

One of the most notable advantages of such treatment would be the ease of administration, including the short period of time it requires to work, as well as it is inexpensive compared to real-life treatment. Yet, the development of this program was quite costly, involving a team of programmers, psychologists, a scriptwriter, and an actor, all working intensively for six months.

The experiment recruited 100 participants, of which 49 were allocated to virtual reality treatment and 51 were assigned to treatment as usual. Participants would undergo an average of four to five treatments, each around 30 minutes in length. Within two weeks, the great majority of patients in the virtual reality treatment experienced very significant reductions in fear, while the treatment-as-usual group showed no difference. Men seemed to fare slightly better than women. The results remained significant two weeks after treatment.

One important factor was that, while the patients had undergone a close-to-life treatment, the levels of discomfort were reported to be very low. This is most likely due to the fact that virtual reality is known to be just that—virtual. Yet, the techniques the patient learned during the treatment remain in their memory and continue to take effect when the patients experience a fear of heights.

The experiment did lack a longer follow-up time, whereby the patients are questioned regarding their phobia at least a year after the treatment. It remains possible that the effects found in this study are not long-lasting. However, a previous study did demonstrate that virtual reality can diminish anxiety symptoms successfully for several years. A longer duration of treatment on overcoming fear of heights may also produce further benefits that were not studied in this experiment.

Virtual reality treatment may be applied to other mental illnesses

These findings have shown promise that virtual reality can make treatment for phobias more effective, both in cost and in time. The application of such treatment can reduce the cost of mental illnesses poses on society, as well as on our healthcare system. Treatment for mental illnesses with virtual reality may not be limited to phobias, and with further research, the application could be successful for anxiety disorders, depression, and more. Future research should, therefore, focus on the effectiveness and generalizability of this approach.