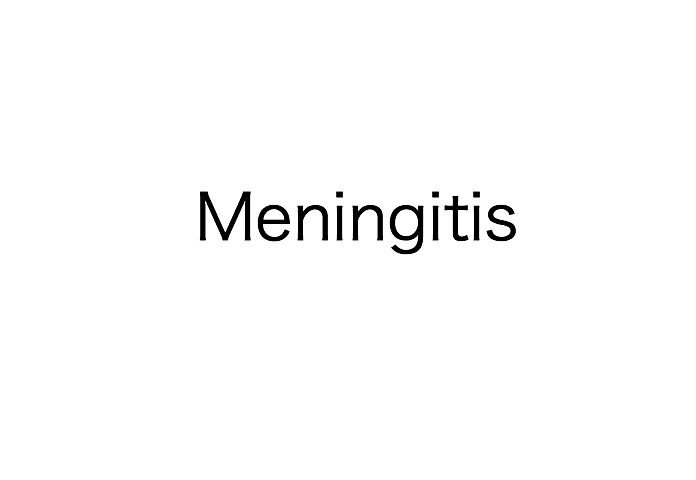 Meningitis is a clinical condition involving inflammation (swelling) of the protective membranes around the brain and spinal cord (meninges). Meningitis is mainly due to a bacterial or viral infection of the fluid that surrounds the brain and spinal cord. It can also occur due to certain injuries, cancer, certain drugs, or other kinds of infections.

Infection and inflammation around the brain and spinal cord can result in the activation of the immune system leading to inflammation and a wide range of symptoms such as fever, headache, seizures, brain damage, stroke or even death. The incidence of acute bacterial meningitis is five cases per 100,000 adults per year in developed countries and maybe 10 times higher in less developed countries.

The reasons behind meningitis include infections caused by the bacteria, virus, fungi or other parasites. Other important risk factors include environmental exposures (such as a parasite), recent travel, or an immunocompromised state such as having HIV, diabetes or undergoing chemotherapy treatment.

Bacterial meningitis can be identified by the classic trio of symptoms of fever, headache and neck stiffness.

Other symptoms of meningitis include:

The history of the patient should also address the following:

Symptoms of viral meningitis are common to all kinds of causative agents. Enteroviral infection can be detected by widespread rashes, symptoms of inflammation of fluid around the heart and lungs, conjunctivitis, severe pain in muscles between the ribs or diaphragm, mouth blisters, and hand-foot-and-mouth disease. Important signs to watch for an infant include fever, lethargy, not waking up for feedings, vomiting, stiff body, unusual irritability and a full or bulging fontanel (the soft spot on the top of the head).

In order to assess the disease, the examination should include for signs of lymphadenopathy (a disease of lymph nodes), papilledema (increased pressure in or around the brain that causes optic nerve to swell), dysfunction of cranial nerves or other neurological focal signs.

After a physician completes a physical examination and evaluates the medical history, the doctor may advise the patient to undergo certain tests to confirm the presence of infection or inflammation. It is important that the diagnosis is made in an early stage as symptoms can appear suddenly and escalate to brain damage, hearing or speech loss, blindness and even death.

The diagnostic tests for meningitis include:

Some additional tests may include:

Early treatment of meningitis involves the use of antibiotics that can cross blood-brain barrier depending on the patient’s age and condition. Appropriate treatment with antibiotics can greatly reduce the risk of fatalities from this disease.

Anticonvulsants are prescribed to prevent seizures and corticosteroids are given to reduce inflammation in the brain. Infected sinuses may need to be drained. Corticosteroids such as prednisone can be used to relieve pressure in the brain and swelling as well as to prevent loss of hearing. Antibiotics developed to kill bacteria are not effective against viral meningitis. However, most of the cases of viral meningitis are benign and self-limited and are rarely life-threatening. If needed, specific antiviral therapy may be used for treating viral meningitis.

Other types of meningitis are treated with specific therapy as considered appropriate for the causative organism:

It is important for people to avoid sharing food, utensils, glasses and other objects with a person who may have been exposed to or have this infection. People should always wash their hands often with soap and warm water.

Effective vaccinations are available to prevent Haemophilus influenzae, pneumococcal and meningococcal meningitis. People who work or live with someone who has been diagnosed with bacterial meningitis may be asked to take antibiotics as a preventive measure for a few days. People should also limit their outdoor activities or wear long-sleeved clothing to avoid bitten by an infected mosquito.