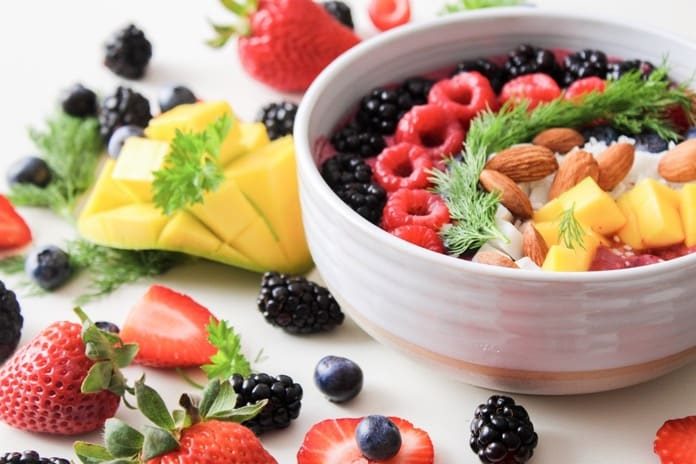 Researchers in Denmark investigated the effects of a high-fiber, low-gluten diet on healthy adults.

Gluten is a protein found in grains such as wheat, barley and rye. In people who have celiac disease, the body’s immune system over-reacts to gluten causing an inflammatory reaction in the gut. This can cause abdominal pain, nausea, diarrhea or constipation, headache, and sometimes skin rashes, malnourishment, or joint pain. In the long-term there may be permanent damage to the intestine.

Healthy individuals are also increasingly eating gluten-free food, as it is thought to have health benefits. However, the evidence for this is not yet well-established. In a recent experimental dietary study, researchers in Denmark investigated the effects of a high-fiber, low-gluten diet on healthy adult volunteers. They reported their findings in Nature Communications.

The researchers recruited 60 healthy adult volunteers aged between 22-65 years old. The volunteers were randomly assigned to two groups. For eight weeks one group ate a high-gluten diet and the other a low-gluten diet. After a six-week break during which they returned to their normal eating habits, the groups swapped over to receive the other diet for a further eight weeks. Both diets had the same amount of calories and nutrients. The quantity of dietary fiber was also the same in both diets, but the types of fiber were different. The high-gluten diet contained fiber from wheat and rye, whereas the low-gluten diet contained fiber from vegetables, brown rice, corn, oat and quinoa.

During the course of the study, the researchers investigated whether there were any changes in the volunteers’ gut bacteria composition. They also looked for any changes to the volunteers’ immune system and weight, and asked them to record any abdominal symptoms.

Changes in gut bacteria mainly due to dietary fiber composition, not gluten reduction

The high-fiber, low-gluten diet caused changes in the composition of gut bacteria in the volunteers. These gut bacteria changes were in turn linked to a modest weight loss and decreased gastrointestinal discomfort. Based on further investigation of food fermentation patterns, the researchers concluded that these beneficial changes were mostly related to the type of dietary fibers in the low-gluten diet, rather than to the reduction in gluten.

Discussing the impact of diet, principal investigator Professor Oluf Pedersen, (Novo Nordisk Foundation Center for Basic Metabolic Research, University of Copenhagen), emphasized that much larger, long-term studies are needed before any dietary recommendations can be made for the general population. However, he commented that the study findings are a “wake-up call” for the food industry, since the benefits observed with the low-gluten diet were mainly due to changes in the types of dietary fibers, rather than a reduction in gluten.

Most gluten-free foods are deprived of dietary fiber

“Most gluten-free food items available on the market today are massively deprived of dietary fiber and natural nutritional ingredients,” said Professor Pedersen, “… there is an obvious need for availability of fiber-enriched, nutritionally high-quality, gluten-free food items which are fresh or minimally processed for consumers who prefer a low-gluten diet.” He suggested that these types of food might help in alleviating gastrointestinal discomfort and assist weight control by modifying the types of bacteria found in the gut.