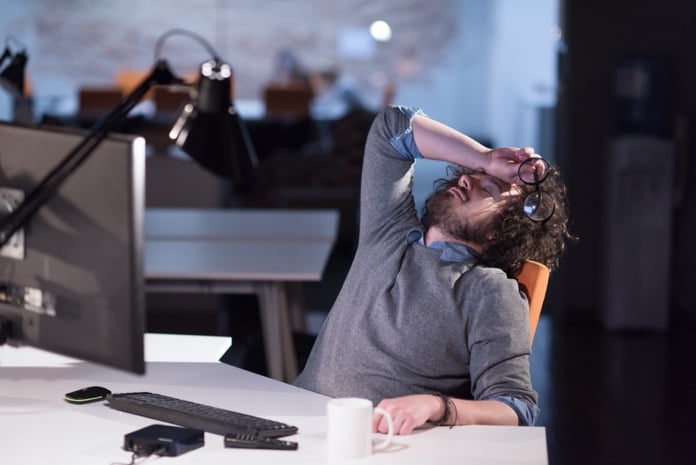 Published in Science Advances, researchers recently studied the physiological impacts of a loss of sleep on muscle and fat tissues.

Busy schedules, jet lag, and shift work are just a few factors contributing to a chronic loss of sleep in our society. Lack of sleep is associated with a higher risk of many metabolic problems including obesity and type 2 diabetes. Experts say that even just a few consecutive nights of short sleep are linked to a greater risk of weight gain. In fact, cutting calories combined with frequent sleep loss actually causes loss of muscle mass while also contributing to a gain of fat mass.

A recent study led by Swedish researchers examined changes in muscle and fat tissues in response to sleep loss. Specifically, they looked at tissue-specific changes in protein and gene expression and studied how these changes were affected by sleep levels. The study was recently published in Science Advances.

The scientists collected samples of fat and muscle tissues from 15 healthy, Caucasian men. They took samples in the morning before breakfast, both after a normal night of sleep and after a night of interrupted sleep. The researchers then analyzed the samples using a method designed to find changes in DNA methylation. DNA methylation changes how a gene works without changing the actual DNA sequence.

From this information, the researchers found that sleep loss significantly changed the DNA methylation patterns in fat tissue. The genes associated with these changes were involved in several pathways including those for fat metabolism and DNA damage response. In contrast, researchers did not see any significant methylation changes after sleep loss in muscle tissue. However, a deeper investigation of the cellular pathways used in muscle tissue showed that levels of proteins involved in energy use inside muscles were lowered after a loss of sleep.

Overall, this study is one of the first to try to explain the loss of muscle mass and gain of fat mass at a body tissue level. Loss of sleep causes tissue-specific changes that may promote weight gain. However, additional studies are needed to understand sleep loss responses in women and more diverse ethnic and age groups.