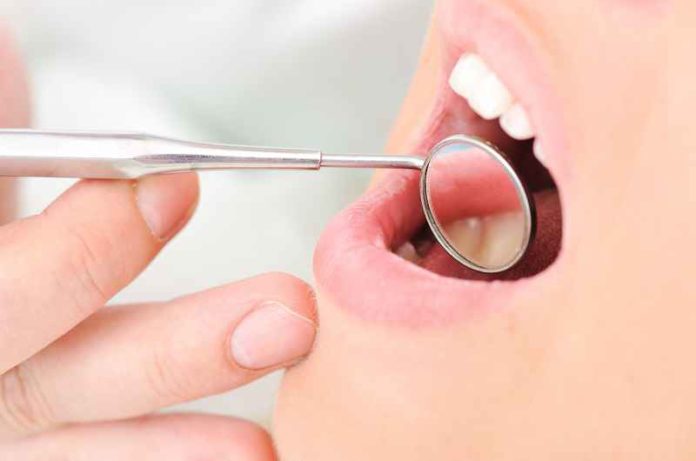 Identifying diabetes early is essential for preventing disease related health complications. Periodontitis, inflammatory gum disease, may be an early indicator of prediabetes and thus, a dental office may be a suitable site for pre-diabetes screening.

Diabetes is a disease of ever increasing prevalence and with very harmful potential complications. However, due to a combination of absence of early stage symptoms and lack of public knowledge, diabetes is commonly not detected until in a later stage, where chances of said complications increase. The best option for management of diabetes mellitus is early detection and intervention, and as a result, researchers are looking into prediabetes screening for early risk factors of diabetes.

Studies have shown a relationship between oral diseases and diabetes, the most common of which is periodontitis. Periodontitis is a chronic inflammatory gum disease that is a major cause of tooth loss. Studies have shown that diabetes exacerbates the effects and occurrence of periodontitis, and that it is commonly found in uncontrolled diabetes. Given its association with diabetes mellitus, it is proposed that dental clinics be equipped with prediabetes screening tools for patients that have periodontitis.

In a new study published in BMJ Open Diabetes Research and Care, Teeuw et al. tested using a dental office as a screening site for prediabetes. The site was a university dental clinic and glycated hemoglobin (HbA1c) measurements from dry blood spots were used to screen for prediabetes. HbA1c levels correspond to an individual’s blood sugar levels over the past 2 or 3 months, and higher levels are indicative of diabetes. The researchers hypothesized that patients with periodontitis would display higher incidence of prediabetes. A total of 313 patients were tested, with 78 having severe periodontitis, 126 with mild to moderate periodontitis and 109 absent of gum disease.

The findings supported the theory that periodontitis is an early indicator of diabetes. In patients with severe periodontitis, more than 18% of patients had HbA1c levels in the diabetic range, close to double the prevalence in mild to moderate periodontitis and control groups. As well, treatment of metabolic dysregulation associated with diabetes is also helpful in periodontitis treatment, so collaboration between dentists and diabetologists can assist in treatment of both diseases. It should be noted that HbA1c has been reported to overestimate diabetes prevalence, as may be the case in this study, where the percentage of patients diagnosed with diabetes exceeded the general population. However, when adjusting the HbA1c threshold to one where diabetes prevalence matches the general population, patients with mild to moderate and severe periodontitis remained at higher risk of diabetes mellitus than controls. These findings support using dental clinics as screening sites for prediabetes to reduce patient complications associated with late identification of diabetes mellitus.