Home Health and Wellness Lifestyle How do hypoallergenic dogs affect the risk of asthma in children? 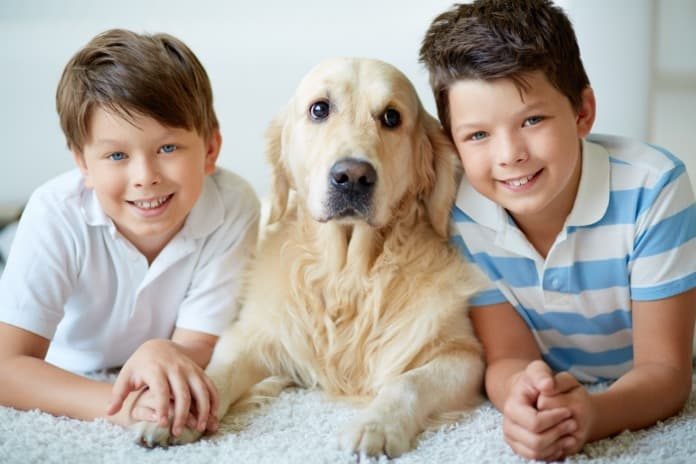 A recent study published in Scientific Reports analyzed whether different dog traits modify the risk of asthma in children.

Asthma is a condition that causes shortness of breath as a result of the swelling and narrowing of airways. The symptoms of asthma are commonly visible during childhood with notable studies suggesting that there is an increased intensity of symptoms following exposure to pets. In contrast, recent research has suggested there may be a decrease in the risk of developing asthma with an increase in exposure to dogs at a younger age.

It is important to note that there is a wide range of characteristics of dogs and their living conditions within households. With these factors in mind, a Swedish study published in Scientific Reports determined if varying dog traits had an impact on the risk of asthma in children.

The study compiled data from all children born in Sweden between January 1st, 2001 and December 31st, 2004 who were in households with dogs. To study sensitivity, the researchers used data from children born between July 1st, 2005 and December 31st, 2010. These children were monitored at the age of one year old and were tracked until one of the following occurred: an initial diagnosis of asthma, death, emigration, or until the date of December 31st, 2011. The researchers considered the size, breed, sex, and number of dogs in each household. An analysis of hypoallergenic dogs, in particular, was also included.

Children exposed to many dogs had a lower risk of asthma

Hypoallergenic dogs were associated with higher risk of allergies, but not asthma

Future studies should consider time spent in contact with dogs

The preliminary study offers intriguing results regarding the correlation between pets and the development of asthma in children. Although there appears to be a significant decrease in the risk of asthma in children who are exposed to female dogs as opposed to those exposed to male dogs, further research is required to solidify these findings. Including factors such as time spent in contact with the dog and influence from other pets in the household should be considered in future studies.