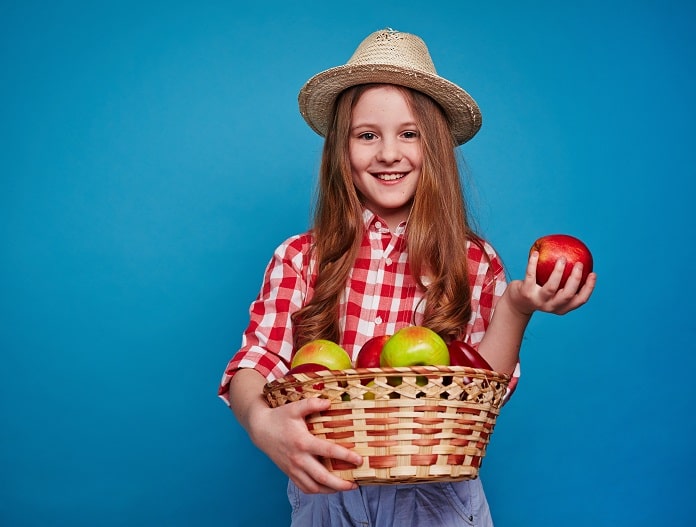 Is your child eating too much junk food? Wondering how to get your kids to eat healthy? According to a study published in the Journal of Nutrition Education and Behavior, children are more likely to choose healthier food options if they are exposed to cooking shows using those foods, such as tomatoes, brussels sprouts, and apples.

The study took place in five schools across the Netherlands. With parental consent, researchers enrolled 125 students between the ages of 10-12. The students were split into three groups: healthy, unhealthy, and control.

The healthy group watched a 10-minute clip of a Dutch children’s cooking show, entitled KRO Cooking School. The show pits children from 24 schools across the Netherlands against one another in a cooking battle, with the contestants having to answer questions about the dish throughout the battle, thereby providing the viewer with information about the food being prepared. The healthy clip was a compilation of battles featuring only healthy foods: tomatoes, onions, brussels sprouts, radishes, cucumbers, melons, beans, red bell peppers, cabbage, and apples. In contrast, the unhealthy group watched a 10-minute clip from the same show, but this clip featured only unhealthy food, such as hamburgers, french fries with mayonnaise, and croissants. The control group watched a 10-minute clip of a show unrelated to food, The Best Friends Quiz. The show made no mention of food and an older clip was used to make sure the students had never seen the show before.

After watching the clips, the researchers asked the children to choose one out of four snacks in order to see how the clips impacted their food choice. The healthy options were an apple or a couple of pieces of cucumber, and the unhealthy options were chips or salted pretzels.

These findings present an auspicious way to introduce healthy eating behaviours in children. Previous research has indicated that children are more likely to eat fruits and vegetables if they are involved in cooking the dish. However, parents are now buying more prepared foods and spending less time in the kitchen. Consequently, children are not being taught essential cooking skills at home, such as how to prepare fruits and vegetables. The researchers note that without this base knowledge in childhood, they will be less inclined to eat fruits and vegetables in adulthood. This could lead to health problems, such as obesity, dental problems, and developmental issues.

The researchers stress the importance of developing good eating habits during childhood and adolescence in order to avoid those health problems in the future. They recommend implementing cooking classes and healthy cooking shows into the school curriculum to teach students how to prepare these nutritious foods. Even though kids who are averse to trying new foods may not benefit from this information now, the researchers believe that, in adulthood, when these individuals are more concerned with their diet, they will be able to fall back to the information they learned as children to help them prepare healthy meals.

However, more research still needs to be done on this topic. The study was performed in schools, which is not the most natural setting for a kid watching TV. Studies simulating a home environment might be better to see how TV shows impact food choice. Moreover, the study did not take into account long-term food choice. It is currently unknown whether children in the healthy food group would choose that healthy option again if exposed to the same 10-minute clip.

Still, the study does provide an alternative way to boost culinary skills while exposing children to healthier foods without having to be directly involved in cooking a meal.