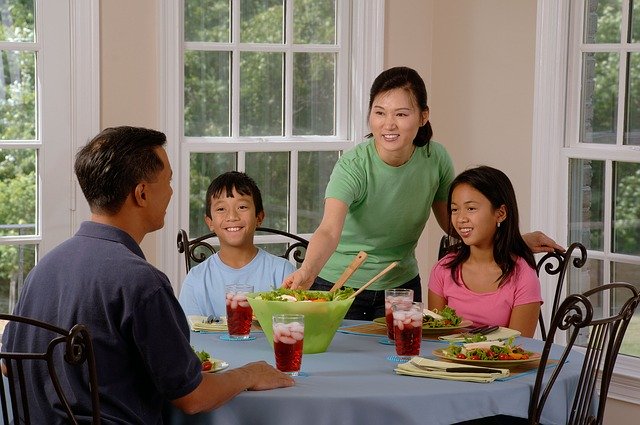 Encouraging children to make healthy food choices can be a challenge, with many factors at play that impact on food and beverage choices. A recent study has investigated the impact of family dynamics, specifically, whether there are there any differences in family eating habits in families with only one child versus more than one child.

The eating habits of mothers and children (aged between five and seven years) were assessed, and the results were published in the Journal of Nutrition Education and Behavior. A total of 27 only-children were included in the study, and 41 children who had siblings were included in the study.  Information regarding dietary habits was collected using questionnaires that were filled out by the mothers, in addition to a dietary log. Using this information, a ‘Healthy Eating Index’ score was calculated.

The researchers found that only-children had lower Healthy Eating Index scores when compared with children who had siblings. Other factors such as age, sex, mother’s BMI, and number of hours spent outside the home were also taken into consideration. It was noted that the BMI of the mothers was associated with the BMI and waist circumference measurements of the children, however, fathers were not assessed in this study.

Interestingly, the researchers found that spending increased amounts of time away from home, for example at daycare or school, was not associated with the eating habits of the children. Differences in eating habits between only-children and children with siblings were specifically noted to be occurring at home. The differences identified in the study tended to come from the amount of sugary drinks that were consumed by the children, in addition to time spent eating while watching TV.

Overall, the researchers found that only-children had less healthy eating behaviours than their peers who had siblings. According to lead author, Dr. Chelsea Kracht, “Nutrition professionals must consider the influence of family and siblings to provide appropriate and tailored nutrition education for families of young children,” “Efforts to help all children and families establish healthy eating habits and practices must be encouraged.”

The researchers suggest that further studies should focus on ‘parent-level’ differences, to further understand these results.