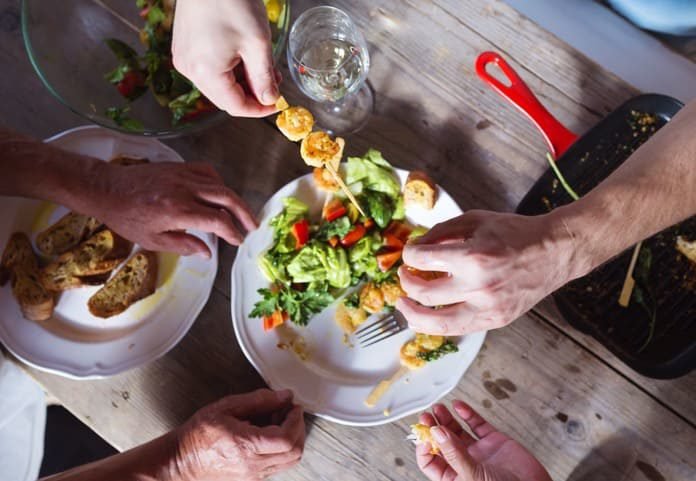 Healthy eating tips provide guidelines on what should and should not be consumed for optimal health—but do they really improve overall health?

One common healthy eating tip is to consume a variety of foods, with the implication that eating different kinds of foods leads to increased consumption of nutrients. However, several recently published studies show this is not the case. The American Heart Association recently reviewed existing literature and published an advisory to show their findings on dietary diversity and health.

Researchers searched the database Medline for articles from 2000-2017 that assessed dietary quality. They used combinations of words such as dietary diversity, satiety, body weight, food variety, etc. They only used articles written in English, with participants who were at least 18 years old.

How are diets scored?

In order to assess dietary diversity, researchers use counts and evenness. Using counts to measure dietary diversity involves keeping count of which foods are eaten for a given time period. Often, participants complete food frequency questionnaires to accomplish this.

Evenness refers to how much energy each food contributes to one’s overall energy intake. If an individual’s diet has low evenness it means although they may be consuming a wide variety of foods, only a few of them are responsible for the person’s total energy.

It is important to note that diversity does not represent dietary quality. Measures such as the Healthy Eating Index score based on intake of specific food groups and are often based on dietary guidelines. It has been found that high scores on such indices are linked to better overall health.

Many studies have shown that when people are given more food options at once, they tend to consume more food overall.

In small-scale studies with only a few hundred participants, researchers have found that more diverse diets are linked to high-quality diets. On a larger scale, however, the opposite has been found.

For example, in a study in Brazil involving 35,237 households, the higher the score for food diversity, the more likely participants were to also have sugary foods and beverages such as cakes, and cookies in their homes. Although those consuming diverse diets do typically consume healthy foods, their consumption of processed, non-recommended foods may negate the benefits of the healthier options.

There is no clear link between food diversity and obesity

Similar findings were found when analyzing the relationship between food diversity and fat accumulation, but many of these studies did show consumption of a variety of healthy foods (i.e fruits and vegetables) was linked to lower fat accumulation. Furthermore, studies focused on dietary diversity and waist circumference showed a positive correlation between diverse diets and waist circumference.

It is not enough to just eat a variety of foods

The most common limitation among the studies analyzed is that researchers did not adjust the data to account for factors such as socioeconomic status, education levels, sex, etc. This means some of the results may be influenced by these other factors and may not be as accurate as they could be.

To achieve and maintain optimal health, It is not enough to just “eat a variety of foods”. Healthy eating tips should be specific in order to deter individuals from eating in excess and eating unhealthy foods and encourage them to eat foods that supply them with adequate nutrition.