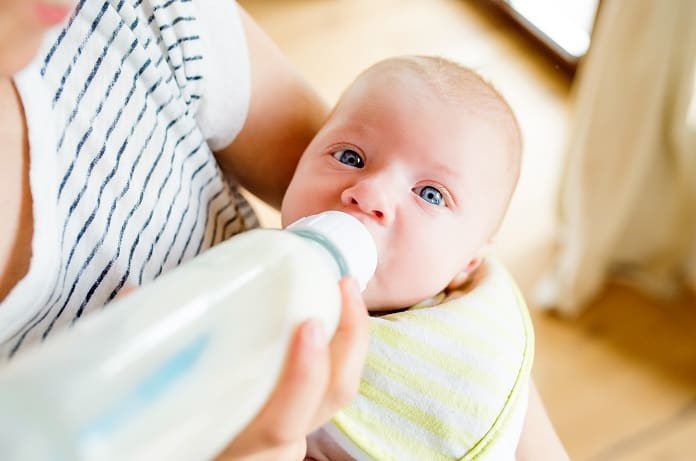 Fatty acids in a mother’s diet interact with genes involved in lipid metabolism, which in turn affects the composition of breast milk.

Human breast milk is widely considered to be the ideal form of sustenance for infants during the first six months of life. Human milk contains many bioactive molecules and nutrients necessary for healthy growth and development. The composition of human milk is influenced by multiple factors including stage of lactation, gestational age, time of day, and maternal diet. While some changes in breast milk occur to meet the needs of the infant, other variations result from changes in the mother’s diet. A poor diet may affect the nutritional value of breast milk, causing either under- or over-nutrition.

Fat is the second largest component of human breast milk and is a source of essential lipids. The main constituents of milk fat are fatty acids. Along with being a source of energy, fatty acids also play a role in cell membrane structure, inflammatory responses, and gene expression in an infant. In fact, there is a growing body of research dedicated to understanding nutrition at a molecular level, which has resulted in two new fields of study. Nutrigenomics focuses on the interaction of nutrients and gene expression while nutrigenetics examines an individual’s response to nutrients due to genetic variations.

Maternal diet contributes about 30% of total milk fatty acids, with changes in the composition of breast milk appearing within 8-10 hours after a meal. Both the types and levels of fatty acids in breast milk are influenced by a mother’s dietary fat intake. For example, medium-chain fatty acid concentrations were higher in the breast milk of women who ate a low-fat, high-carbohydrate diet. Additionally, fatty acids from the maternal diet influence gene expression in the liver, which in turn regulates the expression of genes involved in fatty acid synthesis.

Less is understood about the impact of genetic variation of milk fatty acid composition. However, some studies have found that genetic variations (single-nucleotide polymorphisms or SNPs) in some genes are linked to differences in long-chain polyunsaturated fatty acid levels in breast milk.

ABOUT US
Medical News Bulletin is run by a not-for-profit organization Medinfology and committed to providing our readers with the most up-to-date, high-quality medical and research news.
Contact us: [email protected]om
FOLLOW US
© Medical News Bulletin, 2015 - 2020. All rights reserved.
MORE STORIES