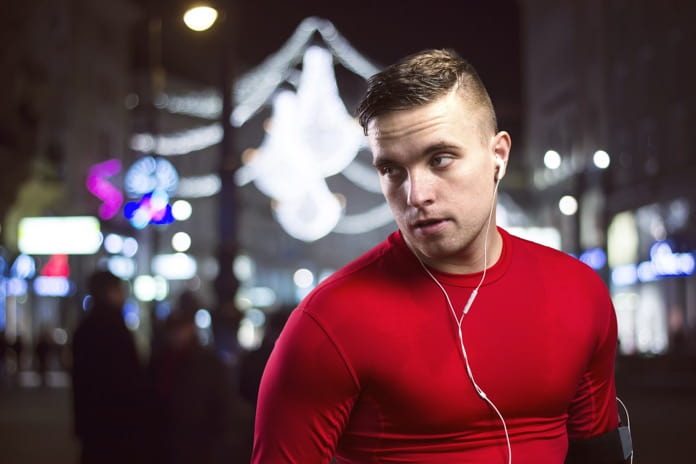 Exercising at night has been suggested to cause sleep difficulties, however, studies have reported conflicting results.

More than a quarter of the general population has symptoms of difficulty falling asleep, maintaining sleep, or getting enough hours of sleep. Poor sleep can increase the risk of developing medical conditions and affect life expectancy. In addition to medication and behavioural treatments to treat sleep disorders, physical exercise may also be a potential treatment method.

Studies have shown that exercise can improve sleep factors such as sleep onset latency, total sleep time, and sleep efficiency. However, current recommendations do not advise exercising at night because of its potential to negatively impact sleep.

To address the conflicting reports from studies, researchers in Switzerland performed a study review and analysis to determine the effects of exercising at night on sleep. Their results were published in Sports Medicine.

The researchers searched literature databases to find studies that evaluated the effects of nighttime workouts on sleep in healthy adults. Studies were further narrowed down and selected for inclusion in the analysis based on their inclusion and exclusion criteria. The review included a total of 23 studies consisting of a total of 275 participants who were healthy and good sleepers.

Cycling or running was the most common form of physical activity, and most participants were moderately active, although it ranged from sedentary to trained athletes. The average exercise time was 87.4 minutes and ended, on average, 1.8 hours prior to bedtime. The intensity of nighttime workouts ranged from light to vigorous.

The analysis found that there were no significant changes in the sleep variables that are believed to be predictors of sleep quality such as sleep onset latency, sleep efficiency, and wakefulness after sleep onset. This suggests that exercising close to bedtime does not influence these sleep-related factors. In fact, a small but positive effect was seen in sleep onset latency and sleep efficiency in participants who exercised close to bedtime. No differences were seen in total sleep time either.

The results from the time spent in each sleep stage also suggest that exercising at night may lead to a more restorative night’s sleep. Physical activity variables such as intensity and duration did not show any significant associations to any of the sleep variables. However, a few of the reviewed studies saw a negative impact on sleep after vigorous exercise that ended less than an hour before bedtime. This is thought to be a result of the participants’ bodies and heart rate not having enough time to recover before sleeping.

The study review recognizes that a number of the included studies were of low quality, which may affect how generalizable their results are. They also only included healthy adults who did not have sleep problems, therefore limiting the results to this population.

Exercising at night does not appear to cause poor sleep

Overall, this review concludes that exercising at night does not appear to cause poor sleep. They recommend that future studies investigate the role of muscle inflammation or muscle damage on sleep quality, specifically with vigorous exercising ending an hour or less before bedtime versus moderate exercise ending at any time or vigorous exercise ending at least two hours before bedtime.