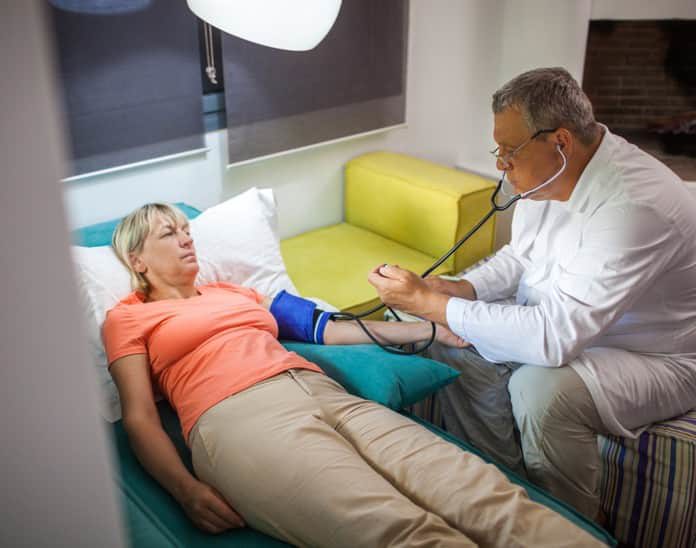 Researchers from Cleveland, Ohio examined which areas of the brain might be responsible for severe hypotension in individuals with epilepsy.

A blood pressure reading lower than 90 over 60 mm Hg is considered to be low. Hypotension, or low blood pressure, may seem desirable but it can be dangerous as it can cause fatigue, dizziness, nausea, and fainting. In severe cases, hypotension can be life-threatening. Autonomic dysregulation can occur during and after epileptic seizures, including significant blood pressure changes. Cardiovascular collapse after an epileptic seizure can lead to sudden, unexpected death.

In a recent study published in JAMA Neurology, researchers from University Hospital’s Cleveland Medical Center used modern stereotactic techniques in 12 patients undergoing invasive electroencephalogram (EEG) studies for epilepsy surgery to map areas of the brain which may play a role in human blood pressure control. Four of these patients had electrodes placed in Brodmann area 25, an area of the cerebral cortex of the brain. The researchers found that electrical stimulation of this area in these four patients induced significant, and consistent decreases in their systolic blood pressure.

The results of this study indicate that Brodmann area 25 may have an important role in lowering systolic blood pressure. This finding has important clinical implications for those with epilepsy. This study is limited by its very small sample size and its restriction to patients with intractable epilepsy.  Nonetheless, a better understanding of the role of brain structures in blood pressure regulation may lead to a treatment to reduce cardiovascular collapse and sudden death in individuals with epilepsy.