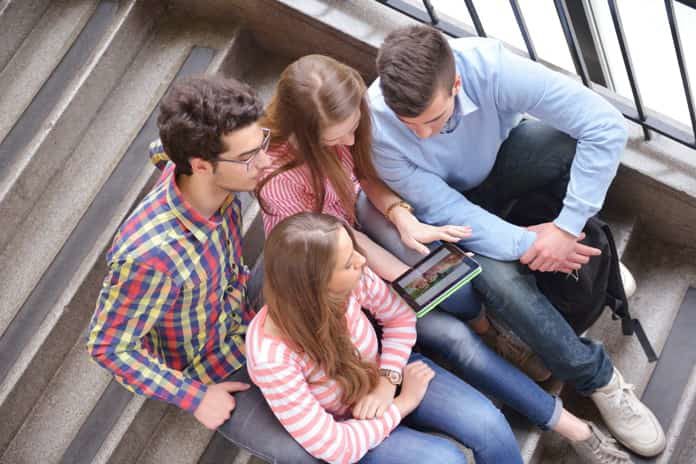 Researchers examined the role of the social environment, neurocognitive development, and brain plasticity in some adolescents’ natural resilience to substance use disorders.

Abusing drugs such as tobacco, alcohol, and illegal prescription drugs are most likely to begin during adolescence. According to the National Institute on Drug Abuse, by the time teenagers are seniors in high school, half will have taken an illegal drug, nearly 40% will have smoked a cigarette, and more than 20% will have used a prescription drug for a non-medical purpose.

There are many reasons why adolescents use these substances, including the desire for new experiences, to carve out their own identity, to deal with or escape other problems, to perform better in school, or simply because their friends do.

There is some evidence that the adolescent brain is “wired” in such a way that teens are predisposed to taking risks without fully weighing the consequences. This is because a teenager’s brain is still developing and is malleable – a property known as neuroplasticity, also referred to as brain plasticity.

The parts of the brain that process feelings of reward and pain (crucial drivers of drug use) are the first areas of the brain to mature. However, the prefrontal cortex (responsible for assessing situations, making sound decisions, and controlling emotions and impulses) and its connections to other brain regions are not yet fully developed until the mid-20s.

As a result, the adolescent brain is often likened to a car with a fully functioning gas pedal (the reward system) but weak brakes (the prefrontal cortex). For this reason, adolescents are a major target for prevention messages promoting healthy, drug-free living and for interventions aimed at developing skills to avoid the temptations of experimenting with drugs.

Why Do Only Some Adolescents Become Addicted?

In a recent study published in The Lancet Child & Adolescent Health, two researchers from the Netherlands and one from Portland, Oregon examined the roles of the social environment and neurocognitive development in adolescents’ natural resilience to substance use disorders.

Based upon their review of the literature, they argue that, paradoxically, the social plasticity (adapting to changing social environments), affective processing, and brain plasticity that underlie adolescent drug use also underlie their capacity for drug resilience. They argue that adolescent resilience to substance use disorders results from social devaluation of substance use integrated with the optimization of behavioural control during a period when brain plasticity is still high. In addition, they propose that individuals whose substance use is driven by social reinforcement (e.g., positive peer feedback and improved social status), as opposed to physical reinforcement (eg, intoxication effects), are more likely to de-escalate substance use during young adulthood.

This framework, known as the social plasticity hypothesis, provides a theoretical foundation for future studies to start to resolve the paradox of both adolescent risk and resilience to heavy substance use and substance use disorders. They recommend future longitudinal investigations to address the study of chronicity versus natural recovery in adolescence. The knowledge of the interplay between these processes has great potential to improve our understanding of adolescent substance use disorders, to identify targets for prevention, and to improve treatments.