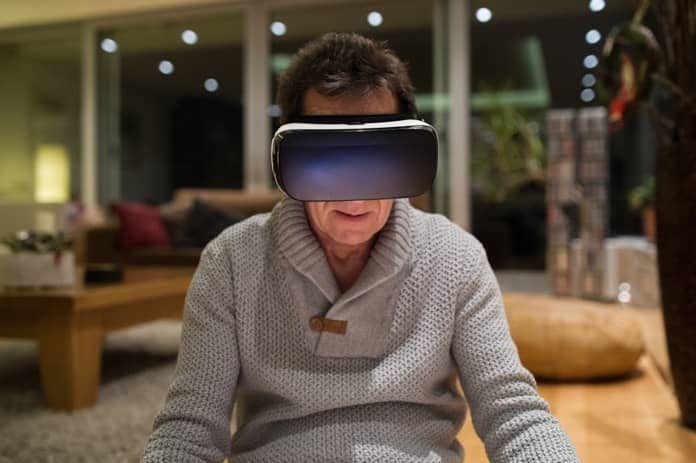 Following a stroke, survivors are often left with physical and mental disabilities. Nine out of ten stroke survivors are left with some degree of upper limb motor impairment, thus making it the most prevalent post-stroke disability suffered. Not only does stroke rehabilitation training need to be long-lasting, repetitive, task-specific and challenging, the training must also be motivating and intensive.

What is the Role of Virtual Reality?

Virtual reality (VR) is a relatively new approach to stroke rehabilitation that has shown to have moderate effectiveness in improving motor functions. VR can allow for embodied sensorimotor feedback where patients’ movements are reproduced in a virtual environment via motion capture technology. This enhanced VR experience has previously demonstrated an ability to increase patient motivation and stimulate neural circuits in the motor system to aid in functional recovery.

In a pilot study published in the Journal of NeuroEngineering and Rehabilitation, researchers in Switzerland investigated the potential use of a VR-based stroke rehabilitation training targeted to the upper motor limbs. The study’s main goal was to assess the training intensity (the number of repetitions divided by the number of minutes of active therapy) and rehabilitation dose (number of repetitions). They also examined VR-based training improvements in functional upper limb outcomes and the safety and tolerance of this technology.

Ten stroke patients with one-sided weakness were included in the study, utilizing the Mind Motion PRO VR-based motor rehabilitation system. The intervention consisted of two one-hour sessions per week for five weeks with a physical therapist to guide the tasks according to the patient’s needs and abilities. Assessments were conducted at baseline (prior to training), post-treatment, and at a four-week follow-up. The participants engaged in VR treatment exercises that stimulated shoulder, elbow, forearm, and wrist movements at varying difficulties through game-like scenario tasks that included pointing, reaching, and grabbing objects in virtual space.

How Effective was the Virtual Reality Therapy?

All ten of the study’s participants completed the full ten training sessions in the treatment. The study found that the median duration of training increased by approximately ten minutes and the median effective training time (number of minutes that the participants actively trained, excluding breaks) per session doubled by the last session of the intervention. The intensity of the training (number of goal-directed movements per minute of effective training time) progressively increased from the first to last training session.

Secondarily, the study evaluated upper limb function, active range of motion and muscle strength, which all showed an increase from baseline. No adverse events were reported and pain and stress levels were low throughout the treatment, thus indicating that VR treatment is well tolerated. Lastly, the participants showed a high degree of concentration and comfort with the movements and expressed interest in continuing the training after the ten sessions, suggesting a high level of adherence and motivation for VR treatment – a key component to stroke rehabilitation treatment outcomes.

Overall, this pilot study demonstrated the ability of VR-based treatment to provide efficient training sessions, as the efficiency rate (relation between time of therapy session and time in active therapy) was 86.3%, which is higher than conventional therapies. The study supports the potential for VR-based intervention as stroke rehabilitation therapy to improve functional and motor outcomes. This should be further explored in future studies that incorporate control groups, a larger sample size, stratified groups and more intensive interventions with a variety of motor assessments.