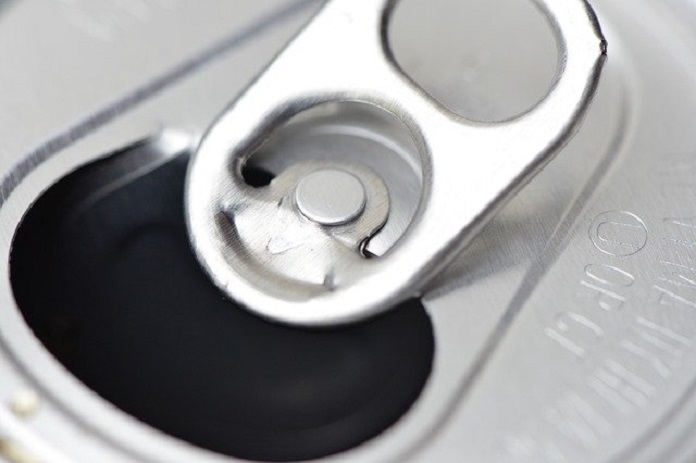 Energy drinks are just one of the many products on the market claiming to improve running performance, but little research has been conducted to prove this claim. Researchers tested the effects of Red Bull on the performance of recreational runners and found those that consumed the energy drink an hour before running reduced the time it took to complete a 5km run.

While there are many forms of exercise, one of the most popular and cost-effective methods is running. For many recreational runners, running for the sake of running is not enough, and they are continually looking for ways to improve their abilities, trying to find ways to run faster. There are many products on the market claiming to help running performance, such as energy drinks.

Most energy drinks contain ingredients such as caffeine and taurine that are able to reduce fatigue and elevate concentration, potentially improving athletic performance. However, while these claims may help to boost sales, there has been very little evidence from scientific research to back them up. In one study, researchers set out to determine if consuming energy drinks improves the performance of short-distance, high-intensity runners.

This study, which was published in The Journal of Strength and Conditioning Research, observed 18 runners between the ages of 18 and 31. These participants were chosen because they were experienced runners – meaning that they had completed a 5km run in under 30 minutes and consistently ran at least 20 miles per week. The individuals completed an initial evaluation, where they ran on a treadmill until exhaustion and afterward completed surveys.

Either two or three days after the initial evaluation, participants returned and were randomly selected into one of two groups. The first group received an energy drink (Red Bull) to consume, while the latter received a non-caffeinated, sugar-free placebo drink. An hour later, everybody ran 5km on a treadmill. After the experiment, heart rate, affect, and perceived exertion was recorded. A week later, participants returned to complete the experiment again, however, if in the first trial they consumed the energy drink, they now consumed the placebo and vice versa.

The findings of the study indicate that consuming Red Bull an hour before exercise does help to improve running performance. Specifically, the findings demonstrate a significant reduction in the amount of time it takes a recreational runner to complete a 5km run. Researchers found an average of 30.4 seconds were shaved off the time it took for runners on Red Bull to complete this experiment, in comparison to the ones that had ingested the placebo. Additionally, researchers found that 78% of participants who consumed Red Bull elevated their performance, in comparison to only 22% of those who consumed the placebo. Interestingly, researchers found no difference between heart rate, affect, or perceived exertion between those that had consumed the energy drink and those that had consumed the placebo.

While these findings are compelling, it is important to note that these results do not give us an insight into how energy drinks work to improve performance. Furthermore, the researchers of this study were not able to identify which ingredients are responsible for the outcomes or if it was a combination of multiple ingredients interacting together. Therefore, more research needs to be conducted to answer these lingering questions. Additionally, these results are specific to a distance of 5km and may not hold true for longer distances, or even on outdoor terrain, as this experiment was conducted on a treadmill.

Researchers from the Quebec Lung and Heart Institute described the case of a 26-year-old female who presented with severe heart failure linked to excessive daily consumption of energy drinks.

The case report, published in the Canadian Journal of Cardiology, discusses an event of severe dilated cardiomyopathy, in which the ventricles of the heart dilate, weaken and lose the ability to pump blood. The woman was previously healthy with no family history for cardiovascular conditions. Treatment required surgical implantation of a left ventricular assist device (LVAD), a mechanical pump that helps the left ventricle pump blood to the rest of the body. Following ten months of mechanical support and medication, the patient regained normal cardiac function and the LVAD was removed.

The authors demonstrate a notable case of cardiotoxicity triggered by massive energy drink consumption. Since energy drinks contain many components, the mechanism by which stimulants induce cardiac dysfunction is unclear and requires further research. The authors concluded that “[energy drink] consumption should be considered a significant public health issue that warrants attention.”

The caffeine content in energy drinks can be addictive. The largest group of energy drinkers is young adults in the 18 to 25-year-old range.  Their main reasons for drinking energy drinks include fighting fatigue, staying alert, improving performance in sports and academics, and mixing them with alcohol at parties.

Many young adults do not consume just one drink in a day, but can sometimes drink multiple energy drinks, leading to energy drink addiction.  This can cause a variety of physical and psychological issues.  Physical symptoms of excessive and long-term energy drink consumption can include mild symptoms like heart palpitations, headaches, and withdrawal symptoms, but some more serious side-effects include seizures, kidney failure and, in rare cases, death.  Psychological symptoms include anxiety, depression, stress, post-traumatic stress disorder (PTSD), and substance abuse.

Researchers from Australia looked at the consumption habits of university students who drank one or more energy drinks at least once every two weeks. They then attempted to re-train the participants’ brains to see if they could change their level of energy drink consumption.

Forty-six percent of the university students tested drank energy drinks on a weekly basis, while 28% drank every two weeks, 21% drank every few days, and six percent drank on a daily basis. While this statistic is not very surprising considering how popular energy drinks are among young people, what was quite surprising was the number of cans of energy drinks that were consumed in a day. Answers by the student participants ranged from one to 20 cans in a day.  The preferred brand was Red Bull for nearly half the participants, while the rest listed brands like Mother, V, and Monster as their drink of choice.

What the researchers hoped to test was whether they could change the participants’ attention and approach biases towards energy drinks. Attention bias is the tendency to pay attention to something familiar, like pictures of family members or images of products that are consumed regularly.  Approach bias is the tendency we have to reach for things that are familiar to us and that we want to have. The researchers hoped that reducing attention and/or approach bias might reduce the desire for the participants to drink energy drinks.

To test for the attention and approach bias, the university participants played games on computers where their reaction time was tested when shown pictures of energy drinks and pictures of soft drinks that do not contain caffeine. Then they played a second set of games that were tailored to either guide them to react more strongly towards energy drink cans or less strongly to the drinks. Finally, their tendency to want to drink energy drinks was tested using a simulated taste test, where the students had to drink four different energy drink samples and four different soft drink samples. The quantity of the liquids that they drank was measured to see how much they were interested in drinking the energy drinks.

The group that was being trained to reduce approach bias was the only group that showed a slight reduction in the quantity of energy drinks sampled in the taste test. However, the change was only slight and did not show any significant improvement in the ability to help control energy drink consumption in young adults.

The researchers suggest that since the participants only had one session of computer brain training, it may not have been enough to make a significant change in drink preference and frequency of consumption. They suggest that multiple sessions might help retrain the brain of energy drink consumers more effectively and that this effect might be stronger in those who think they drink too many energy drinks. The participants’ motivation to want to reduce their consumption might also improve the results of such a study.

Image by Dennis Young from Pixabay