Social media can have significant effects on various mental health concerns, such as depression, anxiety, addictions, and insomnia.

Social media has become tremendously common over the past decade. A majority of people report using some type of social media platforms, such as Facebook, Instagram, or Twitter, at least once per day.1

According to recent data, as many as 90% of young adults currently spend time on social media sites.2 This figure has increased nearly nine-fold since 2005, where only 12.5% reported frequent time spent on social media platforms.2

With such a rise in the use of social media, many researchers have begun investigating its effects on mental health.

Disorders such as depression and anxiety have been very common in the past several decades. Amongst adults in the United States, approximately 7% of adults are affected by depression each year, while 18% are reported to be affected by anxiety.3

Among the younger population, reports of mental health problems are particularly disturbing. Some data suggest, for instance, that 30% of college students are affected by depression, while 58% of counselling centers in the United States witnessed an increase in students seeking help for depression.2

Such mental health disorders have been linked to severely diminished functioning and serious mental anguish, but several studies have shown an increased risk of developing other illnesses and even increased rates of mortality.4

One study examined the effects of social media on mental health problems, such as depression, anxiety, insomnia, and stress.1 The study included over 450 adult participants who completed surveys related to social media use and mental health.

The researchers explain that while social media sites allow for more easy and frequent interactions with other people, such interactions are not of the same quality as those found in the real world. Nevertheless, in some circumstances, social media use can increase social support and life satisfaction, as well as enhancing self-expression and identity development.1 In this way, the researchers suggest that social media may actually become a protective factor against depression.1

While problematic social media use was found not to be related to increased levels of stress, the study determined that stress fully mediated the relationship between such social media use, depression, and insomnia, while partially mediating its relation with anxiety. The researchers suggested that time spent on social media platforms could be a coping strategy used when experiencing stress.1

Patterns of social media use and mental health

Another study sought to understand particular patterns of social media use, and how these may be associated with depression and anxiety symptoms.3 The researchers administered online surveys to over 1,700 young adults in the United States. The study reported that the participants could be classified into one of five different clusters. These clusters were named Unplugged, Concentrated Dabblers, Diffuse Dabblers, Connected, and Wired.3

Perhaps not surprisingly, the Wired cluster was found to have the highest association with moderate to severe depressive symptoms. The Connected cluster was also found to be associated with an increased risk of such symptoms, though to a lesser extent. A similar pattern of increased symptoms was found with anxiety, whereby Wired cluster participants were highest followed Connected cluster participants, with no significant relationship determined between any other cluster.3

Interestingly, the researchers determined that while participants categorized into the Connected cluster were very similar in terms of high frequency, time, and intensity, the same was not the case in the Wired cluster. The researchers determined that the observed negative effects on mental health were more dependent on a particular pattern exhibited by the Wired cluster than simply on increased volume of use.3

Another study examined the particular social media use behaviors and their association with symptoms of depression. The researchers administered an online survey to over 500 undergraduate students between the ages of 18 and 38, exploring their use of platforms like Facebook, Twitter, Instagram, and Snapchat.4

Specifically, people who were more likely to compare themselves to others who are better off, who indicated being more bothered if tagged in an unflattering picture, and those less likely to post pictures of themselves with others, were more likely to meet the criteria for a major depressive disorder.4 Additionally, higher levels of social interactions, such as following over 300 people on Twitter, were related to lower levels of depression symptoms.

Participants who scored higher on a social media addiction scale were significantly more likely to show symptoms of depression.

Although these results seem to indicate a clear link between some types of social media use and depression, it is not possible to make firm conclusions. It is just as likely that many of these behaviors are an outward display of depressive symptoms. For instance, rumination is a very common symptom in people who experience depression and may explain such behaviors as being bothered when tagged in an unflattering picture. Similarly, social isolation is often very common in people suffering from depression and can explain the finding that following fewer people on Twitter is related to such symptoms. It is also possible, as the researchers point out, that social media use acts as a shield from anxiety-provoking real-life interactions. Social media use can also be an adaptive response by people experiencing emotional difficulties, with such individuals seeking to receive social support.4

Treatment of problematic social media use

Although not much has been written on this topic, several researchers have examined potential treatment strategies for problematic social media use. For instance, one strategy may be to write down the amount of time a person spends on social media, and how valuable they find the particular social media site.2 Another possible strategy is for a clinician to work with a patient on setting a specific time of day they can engage in social media use.2 Some people can even benefit from taking a ‘digital sabbatical’, or a period of time where they discontinue the use of social media or other networking sites, while still maintaining important connections with others.2

It is important, as is often the case, that if you feel that your use of social media sites is negatively impacting your life, you seek out the help of mental health professional. A healthcare worker can assist with finding the best course of treatment when someone is experiencing distress from problematic social media use. Although the majority of people do not appear to report severe mental health issues related to social media use, some may find that such sites are causing them particularly severe pain and distress.

While problematic social media use is still a newer area of research, it is becoming clearer that this issue is similar in nature to other types of addiction. Therefore, interventions by professional mental health practitioners may be necessary in some cases, and some individuals may benefit greatly from working with a therapist.

Image by Gordon Johnson from Pixabay 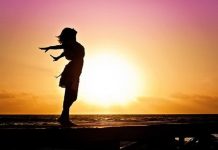 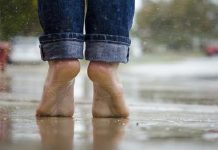