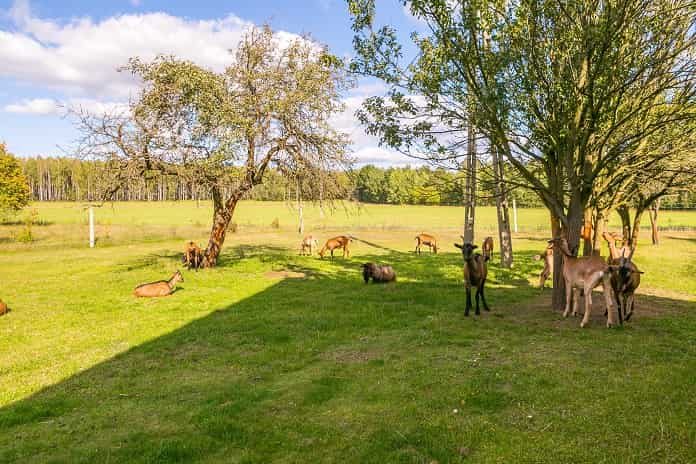 The gut microbiome consists of trillions of bacteria that colonize the human gastrointestinal tract. This vast community of microbes is intimately involved in numerous aspects of host health and disease. Gut microbes and their fermentation products can influence the development of the digestive system and other physiological systems. When the gut microbial composition is disturbed, this state, known as dysbiosis, contributes to various digestive, metabolic, immune, neuronal and respiratory disorders.

It is known that external factors can affect the internal microbial world with downstream implications on health and immunity. The “hygiene hypothesis” suggests that a hyper-sanitized modern life has led to a rise in autoimmune and allergic diseases. Childhood exposure to a greater variety of environmental bacteria may strengthen the immune response via a more diverse gut microbiota profile.

“Good hygiene is important, but from the perspective of our immune systems, a sanitized environment robs our immune systems of the opportunity to be educated by microbes. Too clean is not necessarily a good thing,” said Dr. Zhongtang Yu, a professor of microbiology in Ohio State’s Department of Animal Sciences. He is co-lead author of a recent study published in Frontiers in Immunology suggesting that the microbial diversity in the gut of rural Amish babies is more diverse than that of city-dwelling babies. In turn, a diverse gut microbiome was associated with more robust immune development in an animal model.

To compare the gut microbes of rural versus urban infants, the researchers analyzed fecal samples from ten babies aged six months to one year. Five babies were considered rural and raised in Amish households that kept farm animals. Five babies considered urban were non-Amish, lived within the city and had no contact with livestock.

The researchers also transplanted the two types of infant fecal microbiota to germ-free piglets. Germ-free animals are an important tool for microbiome studies, as they are raised free of all microorganisms and represent a sterile model system. Following inoculation, the researchers examined the intestinal immune cells generated from a rural versus urban-type intestinal microbiome in the pigs.

The study found that babies raised in a farming environment had greater microbiome diversity than their urban counterparts, which was attributed to early exposure to livestock and a less-sanitized lifestyle. In turn, pigs inoculated with the rural-type microbiome had a greater abundance of intestinal immune cells, particularly lymphoid and myeloid cells.

“Previous research into the connection between the microbiome and immunity has been conducted in mice, and this study showed that pigs – which have anatomy, immune systems, genetics, and physiology that is more similar to humans – are a viable option for further study”, said Dr. Renukaradhya Gourapura, co-lead author of the study and a professor in Ohio State’s College of Food, Agricultural and Environmental Sciences and Food Animal Health Research Program.

This study demonstrates that fecal microbiota transplantation into germ-free piglets is a useful large animal model system for studying the gut-immune system connection. Moreover, the differences in gut microbiota composition between rural and urban infants may differentially influence immune system development between the two groups. These findings shed light on the discrepancy in the prevalence of health issues such as asthma or food allergies in rural versus urban communities.