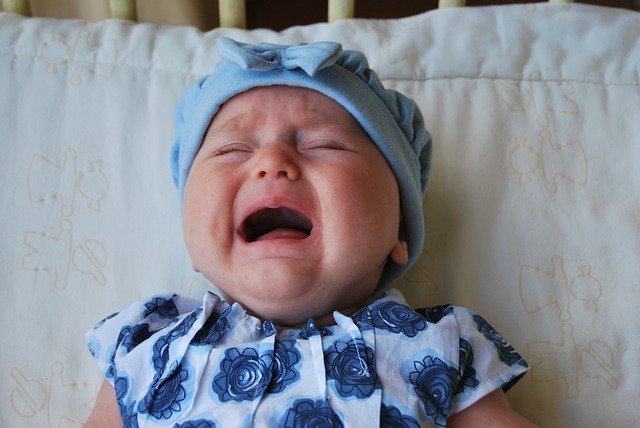 A new systematic review takes a detailed look at the evidence of alternative and complementary treatment for infantile colic.

If I told you there was a distressing condition that affects up to 20% of infants worldwide and nobody is really sure what it is, never mind what causes it, would you believe me? Now what if I told you that the conventional treatments for this condition lacked any real evidence to support their use? Sounds far-fetched right? And yet, this is exactly the case with infantile colic.

This lack of clarity surrounding infantile colic and how to treat it was the driving force behind a systematic review of complementary and alternative treatment for infantile colic, recently published in the journal Systematic Reviews (1).

To find out, the research team at the National Institute for Health Research (NIHR) at the University of Bristol and the University of Manchester trawled the available literature to compile all the relevant studies in the area.

There were four main complementary or alternative therapies that have been the focus of the bulk of this research; spinal manipulation, herbal medicines, acupuncture, and probiotics.

Spinal manipulation had generally positive results, but the studies included were of poor quality. For example, parents or outcome assessors were frequently not blinded in these studies, leaving them open to bias. In higher-quality studies, spinal manipulation did not appear to be effective.

Various herbal medicines, including peppermint oil and fennel, have been recommended as potential therapies for colic. However, this review suggests there is little evidence to support this recommendation. Fennel seems to be the most promising of the herbal products but the studies that demonstrated some benefit were statistically weak. The positive impact fennel appeared to have frequently cross the line of no-effect, meaning it is not possible to state with any degree of certainty that fennel is useful for treating colic.

Similarly, with acupuncture, there was some evidence to suggest it was beneficial but, again, this evidence was based on poorly conducted studies. As with spinal manipulation, much of the beneficial effect appeared to hinge on an unblinded trial.

Probiotics appear to have the most evidence to support their use, with a number of studies demonstrating a reduction in time spent crying/fussing. However, once again, there were issues with the quality of evidence, adding a note of caution to the case for probiotics.

Although none of the therapies appeared to be particularly effective, the review did highlight the fact that, apart from acupuncture, most complementary or alternative therapies demonstrated little or no adverse effects. The adverse events that did occur with acupuncture were relatively minor (bleeding at acupoint).

It’s certainly fair to say that infantile colic is a poorly understood condition. The symptoms are not very specific, the diagnostic criteria are vague and the underlying cause is unknown. As a result, infantile colic presents a poor target for drug development. This gap in the treatment market has been filled by complementary and alternative therapies. However, this review has demonstrated that these therapies lack any strong evidence to support their use.

The results of the review did suggest that although therapies were not proven to be effective, they were largely considered to be safe. The review also highlights some of the problems that have led to this treatment gap for infantile colic.

Most people, when they hear the term infantile colic, are likely to this of some kind of gastrointestinal upset. But this forms no part of the latest diagnostic criteria. Colic is merely defined as “an infant who is <5 months of age when symptoms start and stop in recurrent and prolonged periods of infant crying, fussing, or irritability reported by a caregiver that occurs without obvious cause and cannot be prevented or resolved by caregivers”(2).

Lack of a clear understanding of the symptoms and the underlying disease mechanism remains an obstruction to the development of effective therapies. Further research is needed both on the existing arsenal of complementary/alternative therapies and on the condition itself.

Image by Ben Kerckx from Pixabay