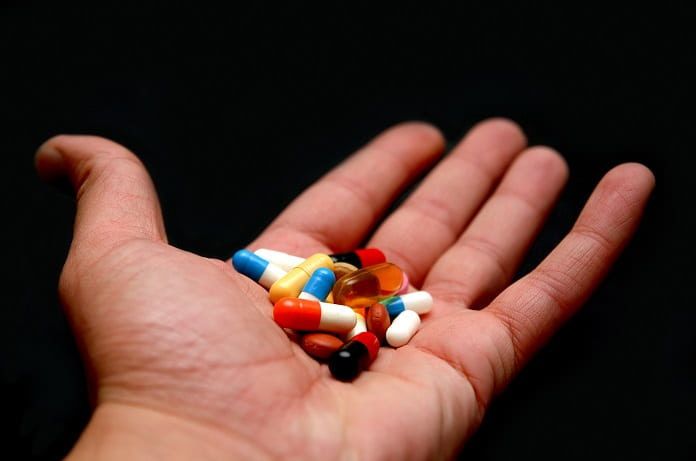 Chemists continue to work on the exciting new antibiotic, Teixobactin, to determine if they can simplify its synthesis while preserving its activity.

Antimicrobial resistance is a major problem faced by researchers, medical professionals, and society as a whole. Since the inception of antibiotics, which are small molecule drugs which disrupt essential processes in bacteria, viruses or fungi, these organisms have been developing strategies to evolve and protect themselves against attack.

Many antibiotics are drugs that bind to a protein, for example, a protein important in the synthesis of the bacterial cell wall. By altering the activity of this protein with the drug, scientists and clinicians can prevent the formation of the cell wall and ultimately render a particular species of microbe non-viable—in other words, they simply die!

How does antibiotic resistance occur?

Microorganisms, like bacteria, are masters of survival. They have had millions of years to respond to environmental stress and increase their durability. Resistance to antibiotics can manifest itself in several different forms. Bacteria can use their enzymes to break apart the molecule before it can take action, they can change their membrane permeability to block the molecule from entering, and they can undergo favorable genetic mutations which change the target protein slightly and prevent binding of the molecule.

Resistance through genetic mutations is of particular concern, as an individual bacterium can transfer its genes to other members of its species and spread the key to resistance very rapidly. This problem is caused in part by the over-use of antibiotics in hospitals and by prescription. The more exposure a particular species has to a molecule, the more likely it is that it will eventually find a way to develop resistance against it. As such, recent research in the field has focused on developing new antibiotics which do not target proteins but rather kill the microbes using a different mechanism.

One of these new antibiotics is called Teixobactin, which kills virulent bacteria such as MSRA (a major problem in hospital-borne infections) and Myobacterium tuberculosis, which causes tuberculosis infections.

Teixobactin acts by binding to actual building blocks of bacterial cells walls instead of proteins and enzymes involved in synthesizing it. These include lipid II and lipid III, which are both important biosynthetic products that act as raw material in the pathway to building the cell wall. Teixobactin has not shown any resistance to date, which makes it an all-star antibiotic candidate. However, synthesizing Teixobactin in a laboratory is no easy task.

The molecule is made up of a string of amino acids, collectively called a peptide. The amino acid located at position 10 in the string is a rare and synthetically challenging one called L-allo-enduracididine. The recent work of several research groups has been aimed at developing a simpler way to make this molecule while preserving its antimicrobial activity.

A recent publication in Chemical Science by a collaboration of researchers from the United Kingdom, Belgium, and the Netherlands reports on the activity of modified Teixobactin. The researchers replaced individual amino acids along the chain to determine the importance that each of them played in target binding and biological activity.

Most importantly, they replaced L-allo-enduracididine with commercially available amino acids and found that the antimicrobial activity was preserved. What was most striking about this was that the amino acids they substituted were not similar in structure or electronic charge to the one usually present at position 10. This represents a contradiction to the prevailing thought in the literature and potentially opens up a new avenue of research in characterizing the mechanism of Teixobactin and synthesizing it with much greater ease.

The implications of this study could have far-reaching effects for clinicians and patients. An antibiotic that is effective, easy to make, and does not elicit detectable resistance could be considered a true breakthrough in medicinal chemistry. Only time will tell whether bacteria will find a way to circumvent this kind of attack as well. If history is any indication, it is likely that some species will eventually develop a compensatory mechanism to fight against Teixobactin. But for now, we may have just taken the lead in one aspect of the never-ending arms race between humans and pathogenic bacteria.