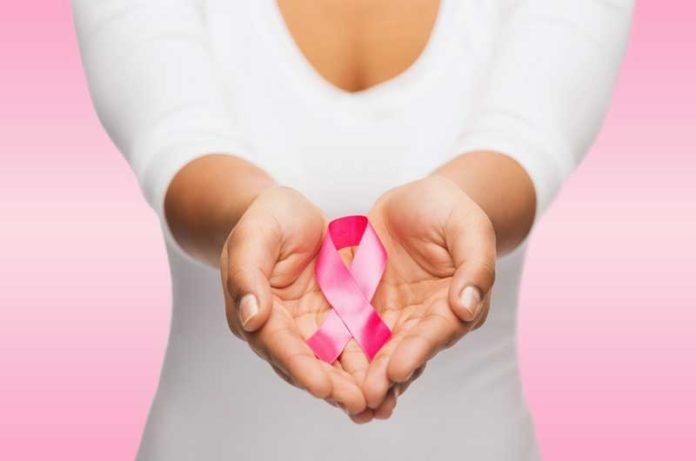 What is Breast cancer?

In breast cancer, a malignant (cancerous) tumour begins to grow in the cells of the breast. A cancerous tumour is a mass of cells that is growing abnormally and out of control, and is able to invade other tissues. Breast cancer primarily occurs in women, but can also happen in men.

Components of the breast

Breasts are composed of glands that produce breast milk (called lobules), small tubes (called ducts) that bring the milk from lobules to the nipple, connective tissue, fatty tissue, blood vessels and lymph vessels. Breast cancer usually arises from cells that are in the lining of the ducts. Rarely, cancer can start in cells that are in the lining of lobules. When cancer starts in cells in other breast tissues, they are no longer classified as breast cancer, but as sarcomas and lymphomas. 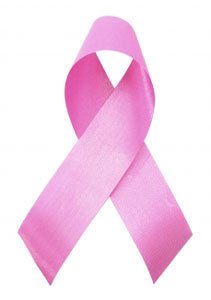 Lymph nodes are small clumps of tissue shaped like beans that contain infection-fighting immune cells. They are connected by vessels that carry a clear liquid called lymph. Together, lymph nodes and lymph vessels make up the lymphatic system, and are a main way that breast cancer can spread to other parts of the body. Lymph vessels from the breast mostly carry lymph to nodes under the arm (axillary nodes), around the collarbone (supraclavicular and infraclavicular nodes), and in the chest near the breast bone (internal mammary nodes).


Cells from a breast cancer tumour can break off from the tumour and travel through lymph vessels to lymph nodes. Once this occurs, it becomes more likely for cancer cells to reach other parts of the body, with the risk increasing with the number of affected lymph nodes. Lymph nodes can be removed to check for cancer cells, and their presence determines the treatment plan.

Breast lumps are not always cancerous (these are called benign lumps). Although benign lumps are abnormal tissue, they do not leave the breast to invade other tissues, and are not dangerous to health. However, they can indicate an increased risk for breast cancer.

This type of cancer starts in the cells in the lining of organs, including the breast.

This type of carcinoma begins in gland tissue, which produces and secretes specific fluids. For example, cancers that start in the ducts and lobules that make breast milk are adenocarcinomas. This is the most common type of breast cancer and will be the focus of this breast cancer overview.

This type of cancer begins in connective muscle, fat or vascular (blood vessel) tissue. It is rare for breast cancer to be of this type.

The more common types of breast cancer will be covered here. Breast cancer can be a combination of several of the types below.

In DCIS, there are abnormal cells growing in the lining of a duct, but they have not grown through (invaded) into the breast tissue, and are not able to reach the lymph nodes or other parts of the body. Since there is no invasion, this type of cancer is also called non-invasive. DCIS may change into invasive cancer later, and is a pre-cancer. DCIS is detected by mammograms.

IDC is the most common type of breast cancer. Abnormal cells begin growing in the lining of a duct, and go on to invade breast tissue. Cancer cells are able to reach lymph nodes and from there, get carried to other organs.

ILC begins in the lining of lobules and invades breast tissue, spreading to lymph nodes and other organs.

IBC is rare. In this type of breast cancer, a lump or tumour is not present. IBC affects the skin of the breast, leading to redness, warmth, and thick, pitted, and scaly skin. The affected breast can swell and feel harder, tender, and/or itchy.

The symptoms of IBC match those of an infection. Due to the lack of a tumorous lump, mammograms do not pick up IBC. IBC is more likely to spread and more deadly than other types of breast cancer.

There are several factors that are connected with your chance of getting breast cancer. It is important to note that they do not determine for certain whether or not someone will get breast cancer.

Symptoms of breast cancer include:

In addition to a review of your symptoms and a physical examination, tests to determine the presence of breast cancer include:

There are several methods used to image and examine the tissue of the breast.

Mammograms can either be used to screen the breast for breast cancer, or to diagnose breast cancer. If a lump that looks like cancer is detected on a mammogram, a biopsy (a sample of the breast tissue) is required to determine if there are cancer cells.

Testing for the spread of breast cancer is not done if the cancer was caught early. It is usually done if there is some cause for concern about spreading (e.g., symptoms, physical exam results, tumour size).

Staging involves determining how widespread a cancer is when it is first diagnosed. This helps determines how it can be best treated. The stage of a cancer depends on whether it is invasive, tumour size, the number of lymph nodes affected, and if it has spread to other areas of the body. Stage 0 indicates non-invasive breast cancer, and stages I-IV describe invasive breast cancers. Lower numbers indicate less spread and less advanced cancer. Sub-stages are indicated using letters A, B and C, with a lower letter indicating a better stage. Cancers of each stage are treated similarly and have similar predicted outcomes.

Below are the main types of treatment for breast cancer.

Surgery is usually used to remove as much of the primary breast tumour as possible. In addition, it can be used to find cancer cells in lymph nodes and to reshape the breast after surgery.

In radiation therapy, X-rays or high-energy particles are used to kill cancer cells, either after or before a surgery. It is usually given after BCS and chemotherapy, and is used in the treatment of cancer that has spread to other organs.

Cancer-killing drugs are injected, or administered orally in pill or liquid form. The drugs are able to reach throughout the body by traveling in the bloodstream, and can act on cancer that has spread to multiple organs. Because the drugs also kill normal cells, side effects include hair loss, fatigue and nausea.

By elucidating the gene changes that are involved in cancer, drugs have been developed that can directly target these changes. Because of their specific action, side effects are usually less severe. Most of these drugs target the HER2/neu protein.

Drugs to treat cancer that has spread from the breast to bone include bisphosphonate drugs (e.g., Aredia® and Zometa®), and denosumab (e.g., Xgeva® and Prolia®). These drugs help to prevent the weakness and pain in bones caused by cancer.

After surgery, when most or all of the cancer appears to have been removed, further treatment may still be given to kill undetectable cancer cells that may be present in the bloodstream and can still form new tumours. This treatment is called adjuvant therapy. Adjuvant therapy can involve systemic treatment or radiation therapy.

If treatment is given to shrink a tumour before surgery, it is called neoadjuvant therapy.

Close follow-up is required after treatment to ensure continuing health. This involves mammograms, and MRIs in the case of carriers of BRCA1 or BRCA2 gene mutations. Regular exercise to maintain a healthy body weight is recommended. Any smoking or alcohol consumption is not recommended.

Some cancer is not cured by many different treatments and becomes resistant to treatment. At this point, treatment is given to maintain comfort and relieve symptoms (e.g., pain and nausea), and is called palliative treatment.