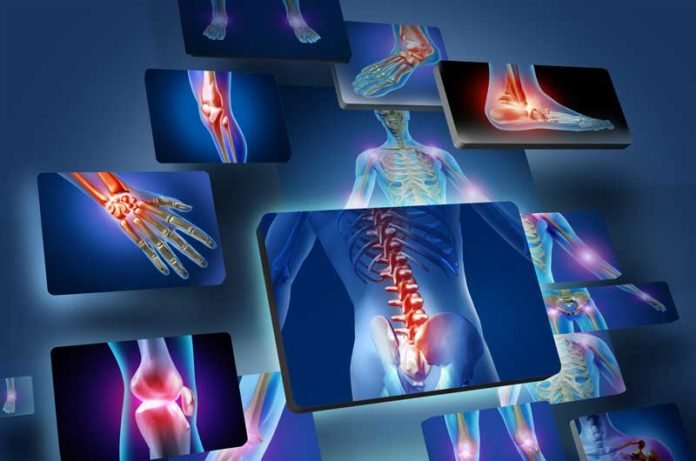 What is Rheumatoid Arthritis?

Rheumatoid arthritis is the most common form of autoimmune arthritis and more commonly affects females than males. It occurs when the body’s immune system attacks its own tissues, causing inflammation. It primarily affects small joints in the hands and feet, but left unchecked can spread to organs such as the eyes and lungs. The inflammation can also have detrimental effects on surrounding body parts. While there is no cure for rheumatoid arthritis, modern medicine allows patients to effectively manage its symptoms.

Rheumatoid arthritis is characterized by joint inflammation from the body’s own immune system. The inflammation will cause people to feel pain, stiffness and swelling in their joints, particularly in the morning. The disease generally begins in the small joints of the hand and foot, but can spread to larger joints and to other parts of the body. If untreated, it can cause irreversible joint damage leading to chronic pain, limited range of motion and joint deformity. Rheumatoid arthritis affects different individuals to different extents. Some people will experience pain constantly over years, while others will experience flare-ups of the disease with symptom-free periods. With treatment, people are generally able to manage their symptoms and minimize its effects. 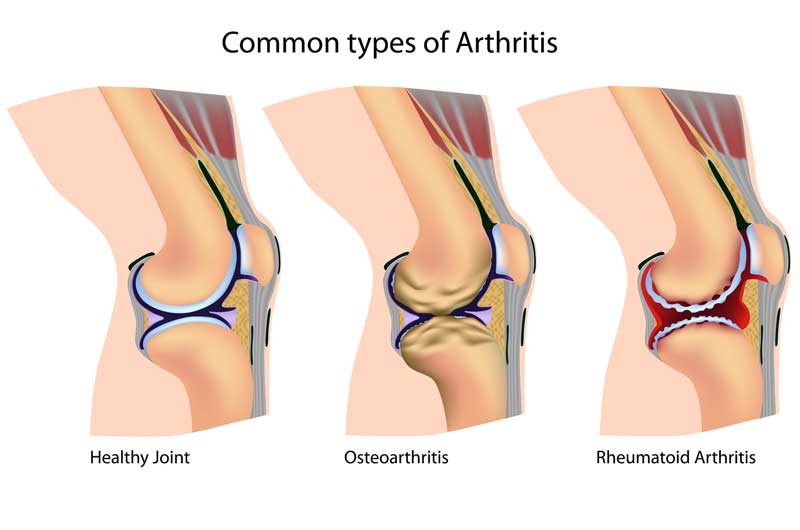 While scientists know how the disease functions, they have not yet determined why this activity occurs. In rheumatoid arthritis, the immune system attacks the membrane that lines joints, the synovium, which can undermine joint integrity. What causes the immune system to do this is unclear, but certain factors have been identified that may contribute to the disease. For one, a combination of genes may increase an individual’s likelihood of developing rheumatoid arthritis. Also, there seems to be a hormonal effect, as evidenced by the increased prevalence in women compared to men. Finally, physical or emotional trauma may trigger the onset of rheumatoid arthritis. Individuals can also help prevent contraction by maintaining good general health.

While modern treatments allow most patients to control the symptoms of rheumatoid arthritis, in some cases it can critically interfere with one’s ability to enjoy life. The joint inflammation can wear down cartilage and eventually cause joint deformities. The inflammation can also spread to other parts of the body such as the eyes, lungs, and blood vessels, leading to systemic problems from inflammation. This can lead to a host of other issues, including shortness of breath from lung inflammation, rheumatoid nodules (small bumps under the skin near bony areas), and increased eye pain and dryness. Due to the long-term, irreversible consequences of some of these complications, particularly joint damage and deformity, doctors emphasize seeking treatment early.

Medications used to treat rheumatoid arthritis usually fall into two categories: drugs that help alleviate the symptoms and drugs that disrupt the progression of the disease.

Non-steroidal anti-inflammatory drugs (NSAIDs) help reduce the pain associated with rheumatoid arthritis by combating inflammation. This class of medications includes ibuprophen and naproxen, among others. Although they may help with the pain, NSAIDs can have a negative impact on the stomach; for example, increase the patients’ risk of stomach ulcers. Therefore, for the patients who are at increased risk of ulcers, the doctors may prescribe celecoxib, which is also an NSAID, however has fewer negative effects on the stomach.

Medications that slow down the progression of the disease

Corticosteroids are potent medications that are capable of quickly inhibiting inflammation and its damaging effects in rheumatoid arthritis. This drug class includes prednisone and prednisolone. Corticosteroids are associated with many side effects, and are usually prescribed for a short period of time in the lowest dose possible. Often, the doctors prescribe these medications as a temporary solution, while waiting for NSAIDs or DMARDs (described below) to start working.

Disease-modifying antirheumatic drugs (DMARDs) act on the immune system to interfere with the course of the disease. Some of the well-known and widely used medications in this class are methotrexate, sulfasalazine and hydroxycholorquine, among others. Methotrexate is by far the most popular drug in this class, as it is effective and relative safe, and can be used long-term. Some of the side effects of methotrexate include liver and bone marrow damage, as well as birth defect. Patients taking methotrexate need to do blood tests regularly to rule out any complications. Hydroxycholorquine and sulfasalazine are usually prescribed in milder case of rheumatoid arthritis. They are associated with fewer side effects than other DMARDs, however they are considered to be less potent.

Biologics are a sub-class of DMADRs that has been developed more recently. These drugs are usually given as injections at the doctors’ offices. They may work faster than classical DMARDs. Biologics target a specific step in the inflammatory cascade, and thus usually do not inhibit the function of the entire immune system, as some other drugs for rheumatoid arthritis. Biologics are a promising class of medication and often they slow down, or even stop the progression of the disease when other treatments have failed.

JAK inhibitors are another subset of the DMARDs that target a specific step of the inflammation process. Unlike biologics, JAK inhibitors can be taken by mouth. Tofacitinib is an example of a JAK inhibitor.

Doctors may also provide patients with splints to minimize joint discomfort. X-rays can be done to monitor disease progression and in the case of serious joint damage, surgery can be done to alleviate pain and restore range of motion. Things patients can do to improve their symptoms are ensuring adequate rest and exercise, avoiding emotional and physical stress, and maintaining good nutrition. While rheumatoid arthritis can be seriously detrimental to one’s quality of life, its symptoms are largely manageable and research continues to improve our ability to minimize its effects.