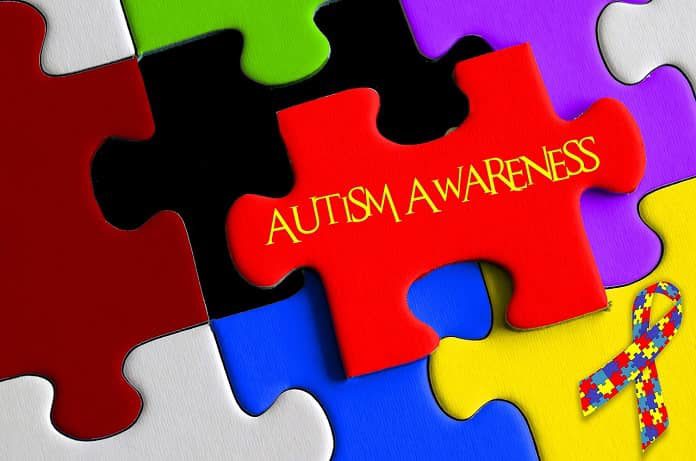 Autism Spectrum Disorder (ASD) is classified as a pervasive developmental disorder and affects as many as one out of every 68 people. It is characterized by an extreme difficulty with social interactions, difficulty with communication, and limited interests. Because Autism is a spectrum condition, there is a very broad range of symptoms, severity, presentation, and prognoses. The presentation of autism is so incredibly varied that it is nearly impossible to make any generalizations. Dr. Stephen Shore, who is an autistic professor of special education at Adelphi University, writer, and autism advocate, famously says, “If you have met one person with autism, you have met one person with autism”. In fact, the only thing that is consistent with autism is that there is an enormous amount of variation: variation in the etiology, or cause; variation in the symptoms and severity; and variation in the outcome, or prognosis. Our clinical understanding of autism is still evolving. So what do we know about autism?

The symptoms of autism are many and varied. The main behavioural characteristics of autism are difficulties with sociability, deficits with reciprocal and non-verbal communication, and a limited range of interest. Difficulties with sociability largely revolve around the inability of individuals with autism to empathize or imagine what others are thinking. In short, they have difficulty relating to and understanding their peers, and often act in ways that are not socially acceptable. Autistic individuals often don’t understand social cues and rules and lack the ability to predict what is expected in social situations, or which response will be appropriate given the circumstances.

Young children with autism have difficulty regulating their emotions and may be prone to outbursts that are largely due to a feeling of being overwhelmed. Autistic individuals prefer to stick to rigid routines and may be upset with change. Young children with autism often have difficulty with play behaviour, particularly lacking the ability to engage in pretend play. The observation of a young child with toys may be a sensitive way to detect autistic traits. Individuals with autism may have an unusually long attention span for preferred and self-engaging activities.  They often have a very short attention span for group activities, and have an unusually difficult time switching activities.  Individuals with autism often engage in behaviours known as stereotypies or stimming, which are repetitive movements such as hand-flapping or rocking.  They are also known to experience dramatic sleep disturbances, including frequent night awakenings.

Autism spectrum disorder has historically been considered a male disorder.  In fact, the ratio of diagnosis of autism was four men to every one woman. One theory to explain this gender distribution is that autism actually represents the “extreme male brain”. Since the male brain tends towards systemizing, rather than empathizing, the profile of Autism can actually be considered an extreme version of the normal male profile.

An alternate theory gaining popularity is that the female presentation of autism is more subtle and more frequently missed by diagnosticians. Females are more likely to mimic neurotypical behaviours (behaviours exhibited by those without autism), their obsessions or restrictive interests tend to be more socially acceptable, and they are more likely to engage in social behaviour.  In fact, since the diagnostic criteria of autism were derived using data from an almost entirely male population, many experts believe that the manual should be amended to include a more female presentation of autism.

How is Autism Diagnosed?

Primary doctors or pediatricians may identify those who may have autism using generally accepted screening questionnaires and observations, and then refer to a specialist for a more definitive diagnosis.  Autism is often diagnosed by a team of professionals which may include a psychologist, neurologist, psychiatrist, speech-language pathologist, or other professionals with knowledge of the disorder.

The Diagnostic and Statistical Manual of Mental Disorders, version 5 (DSM V), which is the accepted standard diagnostic tool for psychiatric disorders, marked some major changes in the way that Autism is diagnosed, from previous versions.  In addition to a broadening of the definition and a reduction of the specificity of symptoms, the DSM 5 eliminated the specific subcategories of Autism such as Pervasive Developmental Disorder and Asperger’s syndrome.  These are all now identified under the broad umbrella term autism spectrum disorder (commonly referred to as ASD).

The classification and diagnosis of autism are ever-shifting and controversy remains over the proper diagnostic criteria and the lack of clarity regarding the various levels of functioning. The heterogeneity, or dramatic differences, in the presentation of autism have led some experts to suggest that there is no single disorder, but rather a cluster or family of conditions, each with their own unique presentations.

One such condition, termed Pathological Demand Avoidance (PDA) is currently diagnosed under the umbrella of autism spectrum disorder.  Pathological demand avoidance presents quite differently to most other forms of autism – in fact, those with PDA are often highly imaginative and social.  These individuals struggle with a pathological and anxiety-based need to avoid any and all demands, including the routine demands of life, and those demands that actually meet the needs of the individuals themselves. These individuals are often misdiagnosed.

Other medical conditions include seizures, sleep disorders, gastrointestinal disorders, mitochondrial dysfunction and immune system abnormalities. Individuals with autism frequently experience difficulty processing information related to the senses, a condition known as Sensory Processing Disorder (SPD).  Sensory processing disorder describes a difficulty in modulating and processing sensory information, making it difficult to participate in and enjoy many everyday tasks.  Sensory processing disorder can affect any of the senses and can result in either or both the overstimulation and under-stimulation of sensory input.  Literally, noises may seem louder, lights may seem brighter, and clothing may feel tighter and more restrictive.  The constant task of processing too much or too little sensory input can lead to meltdowns or avoidance behaviours.

The etiology, or cause of autism, is still largely unknown.  Scientists only agree that autism is caused by a variety of genetic and environmental factors.  Autism may be present at birth (known as early-onset) or may appear in a child between 18 months and 2 years of age who was otherwise progressing normally (regressive-onset).

The list of possible risk factors for autism is astoundingly long and includes a family history of immune dysfunction.  Other prenatal risk factors include maternal gestational diabetes, maternal bleeding during pregnancy, maternal medication during pregnancy (specifically, maternal exposure to valproate is a recognized risk factor) and maternal infection during the first trimester.  There is some concern that maternal exposure to antidepressants and pesticides during the first trimester may increase the risk of autism. Most research, at this time is focused on the interaction between genetic and environmental factors. There is research to indicate epigenetic dysregulation in autism, particularly in a process known as DNA methylation.  The term epigenetic refers to non-genetic influences on gene expression.

Despite the widespread nature of autism, there are limited treatment options. Behavioural interventions are currently considered the gold-standard for treatment for the behaviours associated with autism, however, the evidence of its efficacy remains inconclusive.  Intensive Behavioural Intervention (IBI) is the application of the principles of Applied Behavioural Analysis (ABA) and these terms are sometimes used interchangeably. IBI, or EIBI (early intensive behavioural intervention) uses learning principles to teach socially significant behaviours in real life settings. These interventions are indeed intensive and can take place up to 40 hours a week for 2 to 3 years.

It is important to note that these therapies remain controversial among autism advocates.  While some feel that they provide a crucial opportunity for those with autism to engage productively in society, others feel that the interventions are simply trying to make autistic people “normal” by eliminating behaviours that, although socially awkward, are important to the person with autism (behaviours such as stimming, which may be soothing and help to modulate feelings of overwhelm).

Two pharmaceuticals have been approved by the Food and Drug Administration in the US, for the treatment of the behavioural effects of autism: risperadone and aripiprazole. However, both carry many and sometimes serious side effects. The lifetime cost of caring for an individual with autism spectrum disorder can exceed 2 million.

Autism spectrum disorder is a condition with no cure that can impact any and all aspects of life.  The symptoms can range from social difficulties, difficulties with communication, and limited interests, among others. As a spectrum disorder, autism can have a range of impacts, and the symptom severity can range from barely noticeable to debilitating. In spite of the difficulties, many individuals with autism lead successful and productive lives and many feel that autism is simply another “way to be” rather than a disorder.