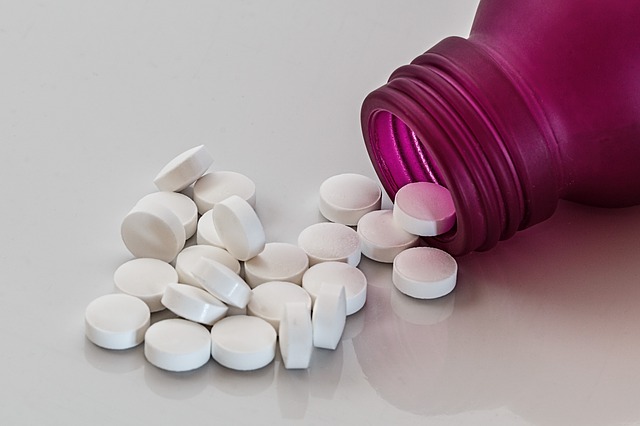 A recent clinical trial reports on the safety of the prolonged use of pantoprazole – a proton pump inhibitor.

What are proton pump inhibitors?

Proton pump inhibitors are a group of drugs that are designed to reduce the amount of acid produced in the stomach. They are one of the most commonly prescribed medications for acid reflux (gastroesophageal reflux disease, GERD) and peptic ulcers. These drugs can be bought over-the-counter and are used to combat heartburn, bloating, and abdominal pain. An example of this type of drug is pantoprazole, which is sold under the brand name of Protonix. In the case of acid reflux, if proton pump inhibitors are not taken continuously, the amount of acid produced and secreted in the stomach returns to normal within 12-24 hours. This has the potential to lead to the long-term, and in some instances, lifetime, use of these drugs. This has caused growing concern about the safety and side effects of using these proton pump inhibitors for long periods of time.

What are the potential side effects associated with long-term use?

There has been a number of proposed side effects of long-term proton pump inhibitor use, which include increased susceptibility to the following; pneumonia, cardiovascular events, fractures, gut infections, nutritional deficiencies, cancer, dementia, chronic kidney disease, and gastric atrophy (gastritis). The proposed side effects caused by proton pump inhibitors are primarily based on observational studies. This type of study can easily be misinterpreted and this can result in over sensationalized news regarding the potential harm caused by using these drugs. Observational studies can show associations between taking medications and potential adverse effects. This does not prove the medications actually caused the side effect.

In an observational study, researchers have no control over who is exposed to a particular treatment. This approach is often used in epidemiological studies where researchers look through databases and find information on patients. Researchers then analyze information gathered from groups of people taking medication, compared with those that are not.

In an experimental study, such as a randomized clinical trial, participants are allocated to groups by chance (randomized) after they have been selected to participate in a trial.

So why is this important? Observational research is not as reliable as experimental research. This is because there are numerous variables that are not accounted for during observational studies which can contribute to the expected outcome, this is what is called confounding bias. An example would be that you suspect patients who take proton pump inhibitors are more likely to get pneumonia. However, the patients that happen to take proton pump inhibitors are older and sicker, which may itself be the cause for an increase in pneumonia seen in this patient group. The researchers are not able to control who participates in the study and this makes it difficult to account for these types of variables. Observational research is important because it can provide information on the associations between treatments and outcomes but it does require further testing to confirm the associations are real. Randomized controlled trials are not subject to this kind of bias because researchers can decide on criteria to determine who participates in the trial and this means other variables (such as age, or other illness) are strictly controlled.

So what do these approaches to research have to do with the long-term side effects of proton pump inhibitors? Until recently, only observational studies had been done to determine the possible side effects of using these medications for prolonged periods. These associations needed further validation using an experimental approach.

In a recent study published in Gastroenterology, Canadian researchers wanted to know if any of these side effects were in fact caused by the long-term use of proton pump inhibitors. Researchers divided 17,598 participants into two groups, those that received pantoprazole and those treated with placebo. The participants were 65 years and older. They were followed for a period of three years and participants reported back on adverse events every six months. The trial was randomized and double-blinded, which means both patients and researchers were unaware of who received pantoprazole or the placebo. The researchers investigated all the potential side effects and found there was a slight increase in the risk of getting a gut (enteric) infection following long-term use of pantoprazole. There was no significant difference between the placebo and pantoprazole treated group when it came to the other side effects (pneumonia, cardiovascular events, fractures, cancer, dementia, chronic kidney disease, and gastric atrophy).

There are a few important things to note about this study though, the researchers only followed patients for three years, and this is in contrast to observational studies that tracked patients for five years or longer. Additionally, it is important to note that 26 of the 50 authors on the paper declared a conflict of interests – many of these authors are sponsored by pharmaceutical companies and the study itself was funded by Bayer.

The experimental evidence suggests that proton pump inhibitors are safe to use, at least for a period of three years. The lead author of this study Dr. Paul Moayyedi, had this to say about the study in a recent press release “To our knowledge, this is the first prospective randomized trial to evaluate the many long-term safety concerns related to PPI therapy. It is reassuring that there was no evidence for harm for most of these events.”