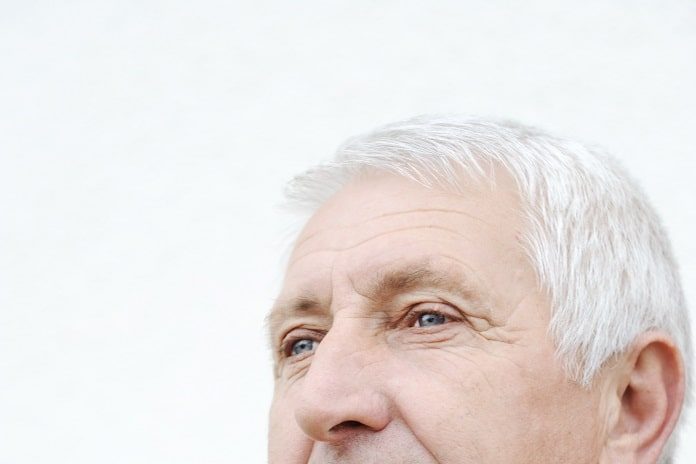 Researchers study the role of epigenetic regulation of genes in the development of age-related macular degeneration that is the leading cause of blindness in adults aged above 50 years.

Age-related macular degeneration (AMD) is the leading cause of severe vision impairment in older adults. It is estimated that approximately 2 million people are affected worldwide with another 7.3 million at severe risk for vision loss due to AMD. AMD affects the macula, a part of the retina that is involved in central vision, which allows us to see objects that are straight ahead.  For instance, AMD affects your ability to see the hands in a clock while the numbers on the periphery are clearly visible.

There are two forms of AMD. Geographic atrophy (dry AMD) is more common, affecting 8 out of 10 patients with AMD. In dry AMD, the macula gets thinner with age and degenerates. Tiny protein deposits called drusen grow behind the retina.

Not all patients with early AMD progress to late AMD. Early and intermediate stages of AMD can only be detected with an eye exam as they are not associated with symptoms. Hence it is important for adults over 50 years to have regular eye examinations.

The second form of AMD is called neovascular AMD, or wet AMD, where there are new blood vessels that grow near the retina and fluid leakage from these vessels results in swelling and damage to the macula.

Currently no interventions for dry AMD

Currently, there are several therapies targeting wet AMD aiming to reduce further vision loss. However, there are no current interventions for the more common dry form of AMD. There have been a number of genome-wide studies that identified few genes that are thought to be associated with AMD. However, there is little information about the causal factors and mechanisms involved in the development of this disease.

Experiments carried out on the genetic factors involved in AMD have suggested that the epigenetic regulation in the retinal pigment epithelial cells could be faulty in patients with AMD. Epigenetic regulation refers to the turning ‘on’ or ‘off’ of genes by the chemical modification of DNA or DNA-associated proteins without affecting the sequence of DNA. A common epigenetic modification is the methylation of DNA and several studies suggest that DNA methylation could be involved in the development of AMD.

Based on these earlier reports on the role of DNA methylation in AMD, researchers from the University of Liverpool, UK carried out genome-wide studies with ocular tissue collected from human donors. The results of this study were published recently in Clinical Epigenetics.

This study was carried out with retinal epithelial cells from 25 donors with AMD and 19 normal control donors. All the AMD samples were taken from donors with early to intermediate AMD with the majority (84%) of samples from the early AMD group. The study identified three genes that showed statistically significant differences in methylation status amongst the normal and the AMD samples. All of these genes also showed lower levels of gene expression in the AMD samples.

Two of the genes identified in this study were SkI and GTF2H4; these genes are involved in TGF beta signalling and DNA repair mechanisms, respectively. Of particular interest was the TNXBgene as previous studies have shown two genetic variants within the TNXBgene to be associated with the development of AMD. The TNXB gene codes for the Tenascin-X protein that is found in connective tissue and has functions in the extracellular matrix. The reduced TNXB gene expression in patients with AMD could point to a dysfunction in the extracellular matrix in the development of AMD, suggesting a point of intervention for treatment.

This study, led by Dr. Louise Porter, identified a number of novel therapeutic targets for treatment of AMD. It is the largest genome-wide methylation study using human retinal epithelial cells carried out thus far. The larger number of samples as compared to earlier studies allowed the researchers to obtain statistically significant results at a genome-wide level.

The authors note that a particular limitation of this study could be the wide window for collection of samples as the donor tissue was obtained at 24-36 hours post-mortem. DNA methylation is thought to be a stable epigenetic modification and the researchers took steps to reduce variability arising from the wide window for collection of tissue samples. However, variance in methylation levels due to differences in the time of sample collection cannot be discounted.

The genes identified in this study provide a strong basis for future studies towards a therapeutic intervention for AMD as noted by Dr. Porter in the press release, “Our main aim for conducting this research was to help tackle an area of unmet clinical need. This work has identified new genes, providing us with novel targets for investigation in a disease in desperate need for therapies.”

Do Fatty Acids Affect the Risk of Glaucoma?