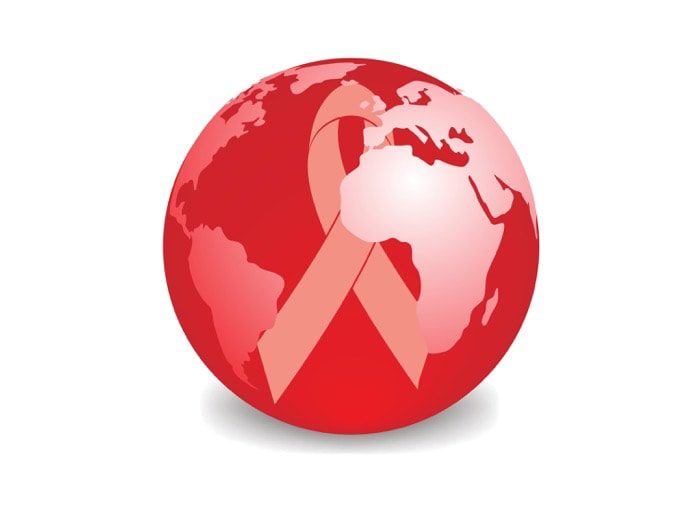 A recent review by Swiss researchers looked at the progression of the WHO’s global commitment to ending the AIDS epidemic by 2030 and the challenges to HIV treatment.

In 2006 there were approximately only 1.3 million people receiving antiretroviral treatment (ART) in low- to middle-income settings. Among these, there was considerable variability in diagnostics used, which drugs were given to HIV positive patients, and how the treatment was provided. In a bid to standardise and accelerate access to HIV treatment, including simplification of ART regimens, the World Health Organization (WHO) set forth a public health approach to upscale the delivery of ART to resource-poor settings and end the AIDS epidemic as a public health threat by 2030.

This vision and global commitment by the WHO has indeed helped lay the foundation for scaling-up HIV treatment. However, challenges to controlling HIV and providing universal health coverage remain. Given these challenges, which includes the need to improve testing approaches for HIV diagnosis, along with simplification of treatment, and increased monitoring, there is a need also for linking both testing and HIV treatment and care to HIV prevention.

The approach by the WHO has required the implementation in several countries of key public health principles to bring them closer to obtaining this global goal of controlling the HIV epidemic. A recent review by Swiss researchers published in The Lancet Infectious Diseases looked at how far this global initiative has come, updates to the public health approach, and what still needs to happen in terms of HIV treatment and care to bring the vision closer to realisation.

At the end of 2016, it was reported that over 19.5 million people are now receiving ART treatment and those living with HIV now have a life expectancy similar to the average population due to the increase in effective HIV treatments. There have been major scientific advances in combination with diagnostic innovations and high-quality evidence provided from observational and experimental which has resulted in 16 new antiretroviral drugs and combinations of the drugs to be approved by the FDA as HIV treatment. Also, a significant reduction in the cost of first-line therapy from over $10,000 to less than US$100 per patient per year has been seen.

Furthermore, the recognition and changes to the delivery of care from just specialist centres to primary care have also played a pivotal role in improved outcomes for adults and children with HIV. Despite initial reluctance to decentralise and integrate ART at the primary care level of care, the growing body of evidence of improved clinical outcomes, especially in high-risk populations, supports this WHO recommendation with many countries worldwide now adopting it.

With an estimated 7.8 million deaths averted and the prevention of approximately 30 million new HIV infections, particularly in low- to middle-income settings which are high-risk populations, the implementation of the WHO guidelines set out in 2006 to accelerate access to ART over the past decade has indeed significantly changed the course of this epidemic. The next steps towards ending the AIDS epidemic though is shifting the focus to increasing prevention which includes long-term virus control and reducing transmission.

To fast track this approach, the WHO set the aggressive target of 90-90-90 by 2020; that is 90% of all people living with HIV are aware of their status, 90% of diagnosed HIV positive patients are receiving HIV treatment, and in turn, 90% of people receiving sustained ART have viral suppression. The projection for achieving this target is that over 21 million lives would be saved, and 28 million new infections avoided over the next 15 years.

Simplification and Standardisation of Treatment

Important to this approach is the simplification and standardisation of treatment regimens, clinical decision making, and monitoring. The gold standard for first-line ART treatment for the majority of patients is a once-daily single pill, which needs to be taken into consideration when introducing new drugs and regimens. The management of treatment failure still requires improvement also, with a need to simplify second-line treatment as there is currently no once-daily or fixed combination currently available if the first-line treatment fails and patients requiring second-line treatment are likely to face adherence challenges.

The prevention of HIV has made significant progress in recent years due to the combination of effective behavioural strategies including early initiation of ART, an increase in voluntary male circumcision, and pre-exposure prophylaxis, or action taken to prevent the spread of infection to reduce transmission. However, implementation and adherence to prevention strategies still remain low and if the goal of ending the AIDS epidemic by 2030 is to be achieved, the acceleration and intensification of prevention interventions need to occur, particularly through linking HIV testing, treatment, and care as no single approach is going to be effective. Improving HIV testing coverage, for example, to ensure HIV positive individuals are identified as soon as possible after infection, and subsequently started on treatment and linked to sufficient care be a good start in improving the rates of HIV.

In conclusion, the public health approaches to improving HIV treatment and clinical outcomes for those living with HIV has come a long way since the introduction of the WHO’s vision in 2006. However, to reach the goal of ending the AIDS epidemic by 2030, this review provides evidence there is still a long way to go. Hence, the approaches outlined above remain extremely relevant and highlight the need for countries worldwide, especially those at high-risk, to implement the key public health principles of ART delivery and care in order to bring them closer to controlling the epidemic and ultimately providing universal health coverage.