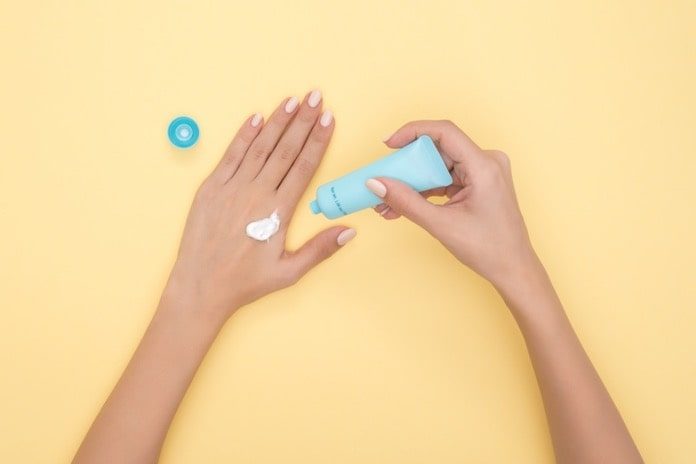 A recent study published in the Journal of Investigative Dermatology examined the use of sunscreen and its potential for causing toxicity due to sunscreen chemicals.

It has been long established that repeated exposure to ultra-violet radiation (UVR) leads to aging of the skin and increases the risk of skin cancer. In order to protect ourselves from the harmful effects of UVR, the use of regular sunscreen is highly recommended and this is believed to lead to improved health outcomes and increased cost savings for health care systems.

A common ingredient found in sunscreens is Zinc oxide nanoparticles. However, there is no evidence demonstrating its ability to prevent human cancers and some question the safety of nanoparticle-based sunscreens. This has led to a decrease in the number of Australians who believe that it is safe to use sunscreen every day; in 2014, 61% believed this compared to 55% in 2017.

Zinc oxide nanoparticles did not penetrate skin nor cause toxicity

A recent study carried out by researchers at the University of Queensland (UQ) and University of South Australia (UniSA) examined zinc oxide nanoparticles in sunscreen and its risk of toxicity to humans. The study found that repeated applications of sunscreen containing zinc oxide nanoparticles do not penetrate the skin nor lead to cellular toxicity. They published their results in the Journal of Investigative Dermatology.

The lead investigator of the study, Professor Michael Roberts, stated that this misconception regarding sunscreen has stemmed from past animal studies in which it showed much higher skin absorption of zinc-containing sunscreens than compared to humans.

This toxicity link led to great fear among the public and led to the reduction of sunscreen use among Australians, which was shown in the results of the Cancer Council 2017 National Sun Protection Survey.

Professor Roberts stated: “We hope that these findings help improve consumer confidence in these products and in turn lead to better sun protection. The terrible consequences of skin cancer and skin damage caused by prolonged sun exposure are much greater than any toxicity posed by approved sunscreens”.