A recent study published in Nature Neuroscience examined the role of the TREM2 gene in the causes of Alzheimer’s disease and how this gene may be used for the development of treatments.

Alzheimer’s disease is the most common type of dementia and affects approximately 70% of individuals with dementia. It is a chronic, progressive disease that damages the brain, affecting the individual’s memory, thinking and behaviour.

A recent study found that a mutation within a gene, called TREM2, is linked to an increased risk of developing Alzheimer’s disease. The scientists at the German Center for Neurodegenerative Diseases and the Ludwig Maximilians-University Munich investigated this link in order to determine why TREM2 is so vital for healthy brain function. They published their results in Nature Neuroscience.

TREM2 may be a critical target for new therapies

Thus, TREM2 may be a critical target for new therapeutic approaches for Alzheimer’s disease. The scientists of this study decided to explore this therapeutic option by studying the development of the disease in mice with and without the TREM2 gene. The results of the study demonstrated that mice with a healthy TREM2 gene produced microglial cells that were able to surround small plaques and stop them from growing larger and spreading. On the other hand, mice without the TREM2 gene produced microglial cells that were not able to carry out this action on small plaques. The scientists of this study, therefore, highlight that therapy that can activate TREM2 during the early stages of disease progression may be able to aid the prevention of toxic amyloid-beta protein aggregates.

Further research on TREM2 is warranted as it provides hope for a potential novel therapy that can inhibit plaque formation. However, this research must proceed with caution as it might cause these plaques to grow faster during the advanced stages of the disease. 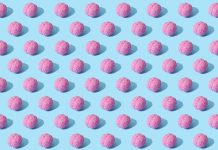