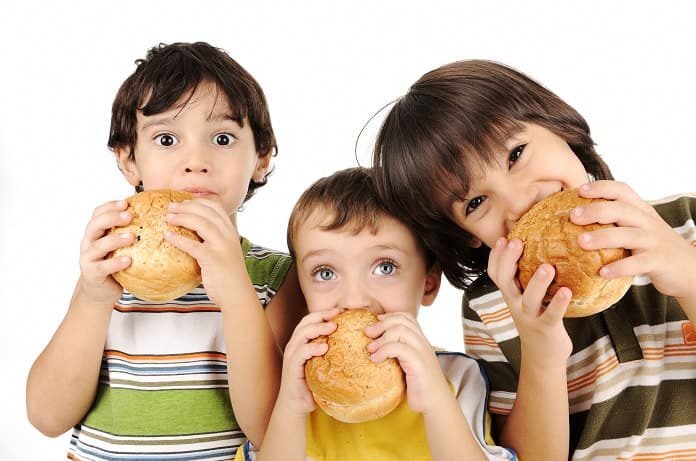 A new study investigates whether fast eating influences the development of obesity in children.

Childhood obesity has become an alarming concern within the public health sector. This is a worldwide problem, with approximately 42 million children under the age of 5 years found to be overweight in 2015 as reported by the World Health Organisation. Due to the likelihood that these overweight and obese children will remain obese as they develop into adulthood, the future outlook is that they are at an increased risk of developing life-threatening diseases, such as diabetes and cardiovascular disease in early adulthood. This public health concern is therefore considered a high priority and has necessitated the need for further investigation.

The 2016 Ending Childhood Obesity Committee published a report in which it recommended that children’s behavioural responses to the current obesogenic food environment need to be researched, as behaviour is regarded as playing a crucial role in childhood obesity. The report highlights that these eating behaviours are developed and established in early life, are associated with higher energy intake and weight gain in children under 5 years of age, they are considered to be heritable.

The behavioural susceptibility theory proposes that there is a link between feeding behaviours, fat content within the body and genetic make-up. It has been shown that overweight and obese children eat more rapidly than their non-obese counterparts by taking bigger bites and chewing less.

The lack of research surrounding the association between children’s rate of eating, food intake and body fat has led a group of researchers to conduct a study on children from the Growing Up in Singapore Towards Healthy Outcomes cohort.

The study investigated whether children who ate faster accumulated more energy and as a result are more likely to be overweight with a higher body fat status.  Children chosen for the study were 4.5 years of age and were videoed during their lunch time meal. The energy intake of each child was observed and recorded based on the type and amount of food consumed. In addition, their eating behaviour was assessed by observing the number of bites, chews and swallows. Overweight and obese children were found to eat at a faster rate than the children of healthy weight; this was achieved by bigger bites and chewing less per bite.

The results of the study show that children who ate at a faster rate obtained more energy, and factors such as sex and ethnicity had no influence on the speed at which the children ate their food. This demonstrated that overweight and obese children ate more quickly than the healthy weight children, with these children also having more body fat than individuals with a healthy weight. The researchers state that the children who ate at a faster rate may have more of a motivation to eat, respond more to eating and might not be as sensitive to the sensation of feeling full. It was proposed by the researchers that by eating slowly, it allows the body to recognize the consumption of food and to allow for the feeling of fullness to happen before the over consumption of food.  These appetite and eating behaviours promoting faster eating rates are still not fully understood and require further investigation.

What remains unclear, as this study only investigates eating behaviour during one occasion, is whether being overweight causes faster eating or whether faster eating causes weight gain. This highlights the need for further research which observes eating patterns, eating rates and body fat composition in children over a period of time. In addition to this, further research is required in order to gain a better insight into eating patterns in children and their experiences with food through family environment.

This study successfully demonstrates that there is a strong correlation between faster eating rates, BMI and body fat composition. More research is required to examine the effects of these eating patterns over time and resulting health status.  Additional research could further the findings of the current study and instigate strategies to promote slower eating rates to reduce energy intake and promote healthy body compositions and BMI amongst children.