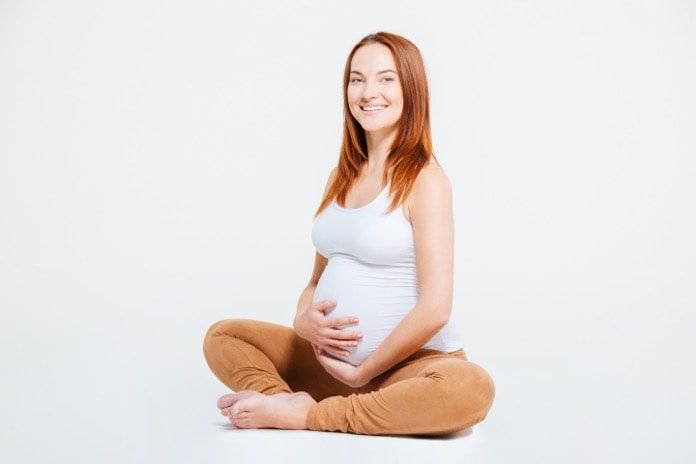 A recent study looked at the effectiveness of an online behavioral intervention program in preventing excessive pregnancy weight gain.

It is normal to gain weight during pregnancy as a result of the baby’s growth and the physiological changes to the body. However, excessive pregnancy weight gain can lead to problems both for the mother and baby, including the long-term development of obesity. In the USA, it was estimated in 2015 that about 39% of “normal” weight women, 61% of overweight women, and 55% of obese women gained more than the recommended amount of weight during pregnancy.

Diet and exercise interventions have been shown to reduce the risk of excessive pregnancy weight gain. E-health interventions have the potential to support these programs, however, their usefulness has not been widely tested. An initial report from a randomized controlled trial looking at the effectiveness of an e-health intervention to prevent excessive pregnancy weight gain was recently reported in BMC Pregnancy and Childbirth.

Those in the control group had access to a specially designed password-protected website and mobile-phone platform including relevant articles and information about healthy lifestyles during pregnancy, a blogging tool, and an event reminder.

Those in the two intervention groups had access to a similar website, and also to a suite of three behavior change tools including a weight gain tracker and a diet goal and a physical activity goal setting tools. These tools were considered to be the “active” component of the intervention.

No difference between the online intervention groups and control group

In this initial analysis, around 48% of women in the two intervention groups and 46% of those in the control group had excessive pregnancy weight gain. There was no significant difference between the three groups.

This e-health behavior intervention did not change the percentage of women with excessive pregnancy weight gain. The researchers noted that there was a low usage of the behavior change tools in the intervention groups, and this was a possible explanation for the lack of any observed difference. Other trials in this area are underway and this may offer other approaches to prevent excessive pregnancy weight gain.