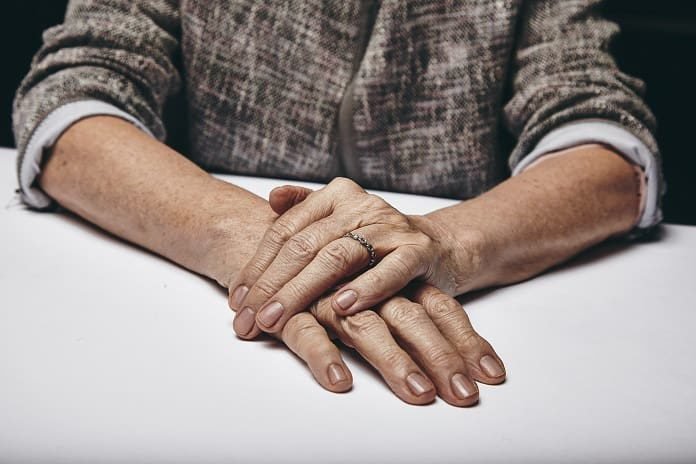 A recent commentary highlights recent findings that suggest infections by the herpes virus can influence the likelihood of developing of dementia.

Dementia is a term that describes a severe decline in mental ability, which can be associated with a number of different neurological disorders. The most common disorder that causes dementia is Alzheimer’s disease, which greatly impairs memory formation. Alzheimer’s disease occurs when certain proteins in the brain clump up and impair the function of brain cells, or neurons, in the brain. This leads to the death of many neurons and subsequent shrinking of brain tissue. This disease is one of the top reasons for death in high-income countries.

The reasons behind why dementia occurs are unclear, but there are currently many efforts by scientists to improve our understanding of how the condition develops. Groups have shown that virus infections, specifically infections by the herpes virus, can cause the production of proteins in the brain that is similar to those that accumulate in Alzheimer’s disease.

A majority of the population tests positive for herpes simplex viruses type 1 (HSV1), but the infection is dormant and there are often no symptoms of disease. Many individuals also encounter the varicella zoster virus (VSV), which causes chickenpox and shingles, in their lifetime.

Recently, there were three separate articles published that support the theory that viral infections can affect the risk of dementia. Two scientists from the United Kingdom published a commentary in the Journal of Alzheimer’s Diseasecovering these three scientific articles, which provide evidence of the link between herpes viruses and dementia with population evidence.

Two of the studies focused on VSV, which is also able to infect the eye. In one study, scientists studied older adults with eye infections from VSV and saw that those who had eye infections had a much higher likelihood of developing dementia within 5 years.

The second study looked at almost 80,000 patients and observed that patients who were diagnosed with a VSV infection in the past two decades were slightly more likely to develop dementia. Interestingly, those who were treated with anti-viral therapy were much less likely than their untreated counterparts to develop dementia.

The third study showed similar findings, but with HSV. Patients who had HSV infections were significantly more likely to develop dementia and anti-viral therapy contributed to a lower risk of dementia.

The three studies covered in the commentary were among the first to provide evidence from populations to support a link between herpesvirus infections and dementia. These studies confirm previous theories linking viral infections and Alzheimer’s disease and overall contributes to our understanding of how dementia develops and potential strategies to prevent it.

Treating acute herpes virus infections may be much more important than previously thought and these studies may guide the formation of better preventative measures against dementia.